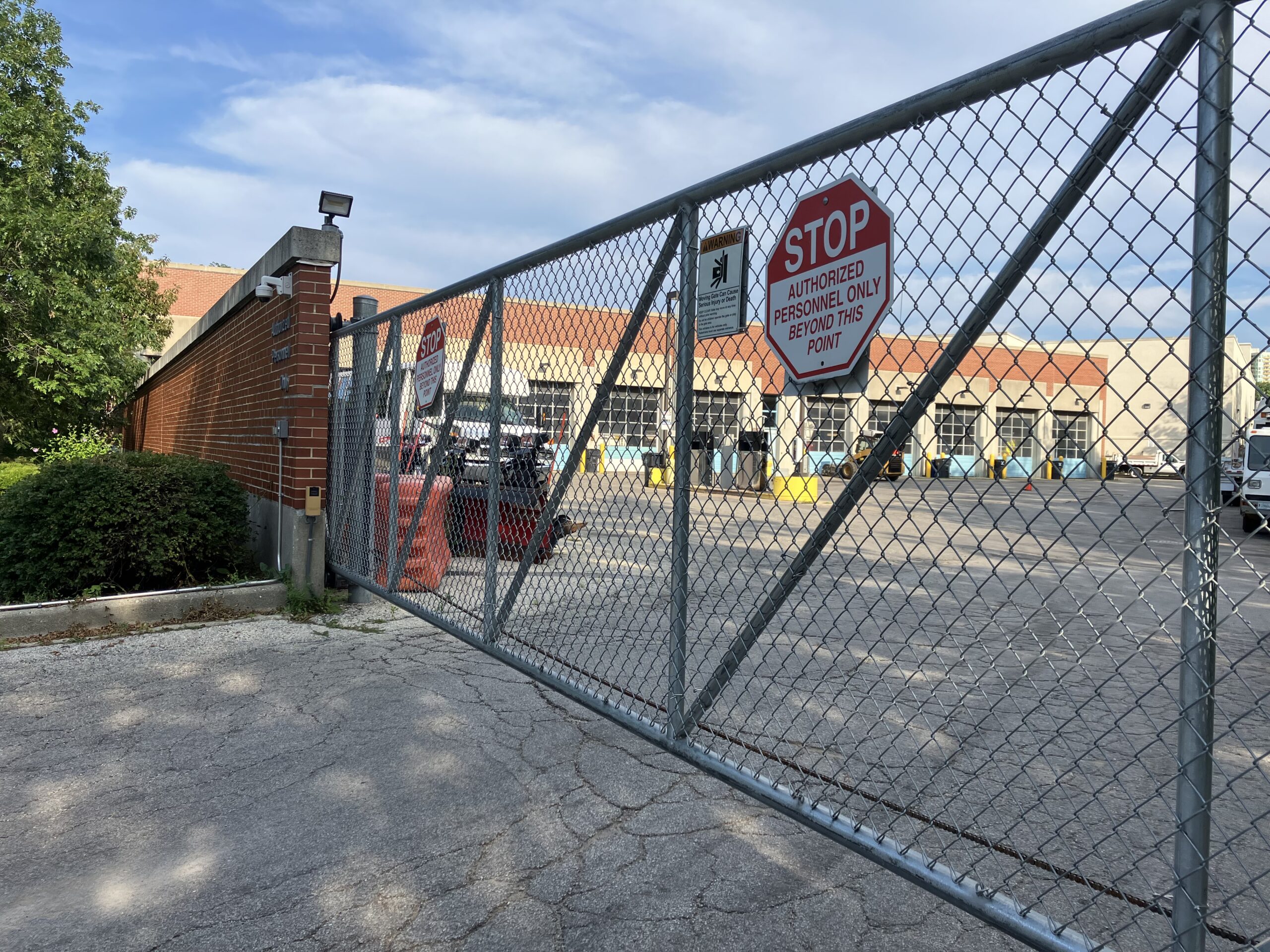 Evanston’s Service Center, which holds the Public Works, Fleet Management, Parking Management and other city departments, is regarded as the heart of city operations.

But it is showing wear and tear and in need of a major plan to modernize its operations, officials said in a presentation at the July 25 City Council meeting.

At the meeting, officials laid out options for the 139,566 square foot Evanston Service Center site at 2020 Asbury Ave.

The options call for modernization of buildings that house the Fleet Services operation, Public Works and Facilities Manager, Parking Systems, at the 2020 Asbury site, as well possible expansion or replacement of another building which houses major equipment and also serves as a parking deck for employees.

“Continual and intensive use coupled with evolving service needs and limited investment over the facility’s 42-year life has resulted in significant wear and tear on the complex as well as numerous operational challenges,” Senior Project Manager Stefanie Levine said in her presentation. “Additionally, the facility requires investment and strategic planning to adapt to the City’s Climate Action and Resilience Plan (CARP).”

The Service Center “really  is the heart of everything,” she told Council  members. “So all the streets, sanitation, greenways, forestry, traffic, facility management happen out of this operation. So it’s been 42 years and so we wanted to take a look at the facility and really get a sense of where things are going and what we can do to bring it up to modern standards.”

Option 1 calls modernization of the buildings at 2020 Asbury and well as construction of  a new Public Works Storage Building at James Park.

Option 2 also calls  for modernization of the buildings at the 2020 Asbury site,  except  the building  that  houses the major equipment  and parking bays.

Option 1 would run an estimated $44.2 million and Option 2 would cost $95.9 million in what Levine warned are very preliminary estimates.

“The primary difference between the two  options is the repair or replacement/expansion of Building D,” the building that houses the major equipment and also serves as a parking deck for employees, she said.

City staff is leaning toward Option 1, she said.

Former recycling center in play too

Meanwhile, what to do about the 13,500 square foot steel and brick building which operated as the city’s Recycling Center at 2222 Oakton Street until 2010 is another consideration in future moves.

Over the years, the city-owned center has been eyed for a number  of different  uses, including a brewery, bowling alley and most recently a climbing gym.

In the meantime, city officials have made heavy use of the building for the last two decades for overflow and heated storage, and it has become “a critical resource to daily operations,” Levine said.

“So losing that storage is a significant concern for staff,” she said during her presentation.

“With potential sale likely at some point in the near future, replacement of this important storage structure needs to be planned in advance to avoid operational impacts,” she said in her memo. “After significant internal discussion and consideration, staff identified an area immediately southwest of the James Park sled hill, which is within an existing maintenance yard, as the preferred location for the replacement storage building.”

During brief discussion, Council member Devon Reid, in whose Eighth Ward James Park  is located, asked why the park was the choice for a new storage facility.

Why not, “maybe  look throughout the city?” he asked Levine.

Levine said it’s really hard to find a site to serve the same purpose. Also, hidden behind a hill (Mount Trashmore) it’s not going to create a negative impact, she said.

Before such a move, Reid said he would like to see what the city would receive in property taxes and other revenue  if the recycling site were to be sold.

If the city were to hold on to the site and continue to use it as storage, that may be a viable option, he suggested. “I’d love to see that analysis.”