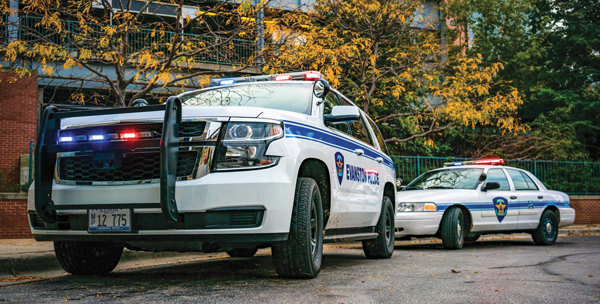 Two recent carjackings and an armed robbery in southeast Evanston have prompted the Evanston Police Department to issue an alert to the public.

On October 10, 2021, at 12:54 p.m., a 50-year-old male Evanston resident was sitting in his 2018 Volvo in the 500 block of Judson Avenue when he was approached by the offender. The offender made contact with the victim and demanded that he exit the vehicle, implying that he had a weapon. The victim complied. The offender then got into the Volvo and fled. The Volvo was recovered in Chicago later in the day. There were no arrests made.

On October 11, 2021, at 11:13 a.m., a 74-year-old female Evanston resident was unloading groceries from her 2020 Honda when she was approached from behind by the offender in the 400 block of Main Street. An object was felt in the victim’s back, implying a weapon. The offender demanded the victim’s money as well as her car keys. The victim complied. The offender fled with the Honda.

In both incidents, the offender was described as a Black male in his 20s, 5’6″-5’7″, medium build, wearing a dark hoodie and a black mask on his face. These incidents resulted in no injuries. It’s unclear whether the two carjackings were committed by the same offender.

The Evanston Police Department advises community members to exercise caution and avoid situations they feel are suspicious or unsafe. When faced with an emergency please call 911 as soon as it is safe to do so.

If you believe you may have information about these incidents and/or the offenders please contact the Evanston Police Detective Bureau at 847-866-5040 or Text-A-Tip to CRIMES (274637) and then start your message with EPDTIP.