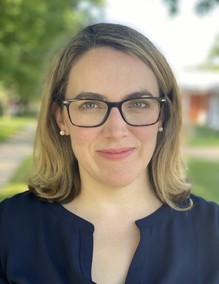 Community Development Director Johanna Nyden will resign from her position effective August 16 for a new opportunity with the Village of Skokie, the City announced today in a release.

Nyden has served the City of Evanston since 2010 in several key roles, including economic development manager and, most recently, community development director, a position she has held since May 2017.
She has been named as Community Development Director in Skokie.

“It is a bittersweet departure,” said Nyden. “Evanston is an incredibly special place to me. I am grateful for the privilege to have worked for 12 years on the City’s community and economic development teams. My experiences in Evanston have indelibly shaped my career trajectory. As I move forward to this next chapter, I will always cherish my time serving this great community.”

“Director Nyden has been a champion of building on Evanston’s mission to be the most livable City through her work leading the economic and community development teams,” said Interim City Manager Luke Stowe. “On behalf of the senior management team, we have enjoyed working with Director Nyden and will miss her contributions to the team. We thank her for her service to the City of Evanston and wish her the best in this new position.”

During her tenure, Nyden was part of many community and economic development initiatives and projects, including the development of Trader Joe’s and other mixed-use developments throughout the City, codification of new uses to Evanston like micro-distilleries, brew-pubs, and cannabis dispensaries, redevelopment of the Howard Street corridor, modernization and digitalization of City building permit operations, adoption of an updated building code, expansion of affordable housing opportunities through code and policy changes, and investment in planning for the CTA’s Red-Purple Modernization.

Nyden joined the City of Evanston in April 2010 as an economic development planner. Prior to her role as community development director, Nyden served as the economic development manager from August 2013 through May 2017. Nyden grew up in Evanston, attending multiple public schools including Evanston Township High School. She and her family currently reside in Skokie.