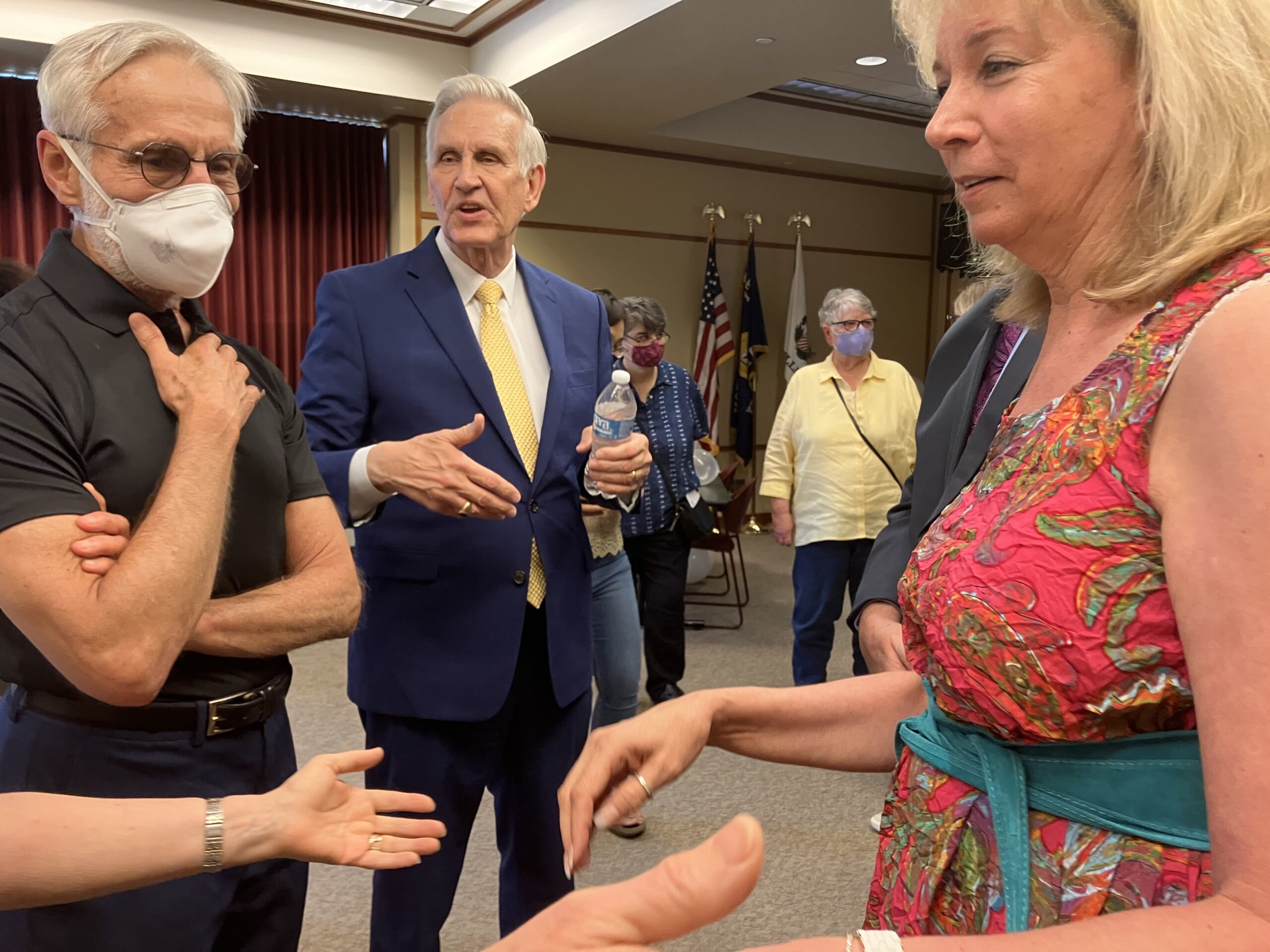 By Bob Seidenberg
Evanston Public Library trustees have put in a process to select the library’s next executive director, Board President Tracy Fulce said June 16.
Approaching the search, the Board established three committees groups, including one that will support Heather Norborg, EPL’s adult  learning and literacy manager, who the Board tapped to serve as the Library’s interim Executive Director with Karen Danczak Lyons, the longtime head, retiring June 17.
“The plan is for the Board to come up with some processes on how do want to approach this,” said Fulce, who joined other community members at a farewell retirement party for Danczak Lyons held at the main public library, June 16.
“My instinct personally is that Karen cast a long shadow,” she said. “ I think that the longer we take the better chance we have to find someone great. I don’t want to rush that, and I think Heather is phenomenal so I don’t see a strong sense of urgency. I think we have supportive leadership in place and great staff so I think we’ll get there.”
“When we do get there,” she added, “we definitely going to look to the community to participate. We have a very collegial way of operating as a Board and want to make sure that community voice is heard.”
At the Library Board meeting June 16, trustees approved a proclamation  honoring Danczak Lyons, following a similar action by the city at its June 14th meeting.

“Karen led the Edison Public Library to go beyond the book stacks and the walls of our buildings to engage residents where they live and gather,” the Library’s proclamation read.
The proclamation also took note that “Karen reimagined the library as the heart of the Evanston community, hired a social worker to connect with our most vulnerable residents to community resources and adopting an asset based community development approach that builds upon it amplifies the power of what our community can accomplish and work together.”
It also pointed toher role “refocusing the library’s decision making process through an equity lens, directing resources to underserved parts of our community, opening the Robert crown branch library, and emphasizing the collection that represents an instance diverse voices, including the development of a Spanish language collection and programming.”

Trustee Benjamin Schapiro served on the Library Board that hired Danczak Lyons as its director.
At the time, the Library was examining becoming independent of the city, looking for greater control of its own budget.
The selection preceded the Library winning independent status and required the permission of the city, he recalled, also at the retirement farewell.
“My goal at the time, and I think this was shared with the other directors, was to find a director that could help us navigate the changes that we were going to go through with this library and negotiate well with the city and understand how to work with non-profits and take us from being a small goal provincial library and  make us a real city library that would do Evanston proud,” he said.
“And you know,” he added, “we did that with Karen.”
Joey Rodger, a community member, who is a member of the Evanston Police Department’s Clergy team, also stopped by the retirement party to honor Danczak Lyons.
“What she’s done is moved the library out to where the people are, both electronically and in terms of story hours, resources in other languages — she has really made it the community’s public library,” she said.