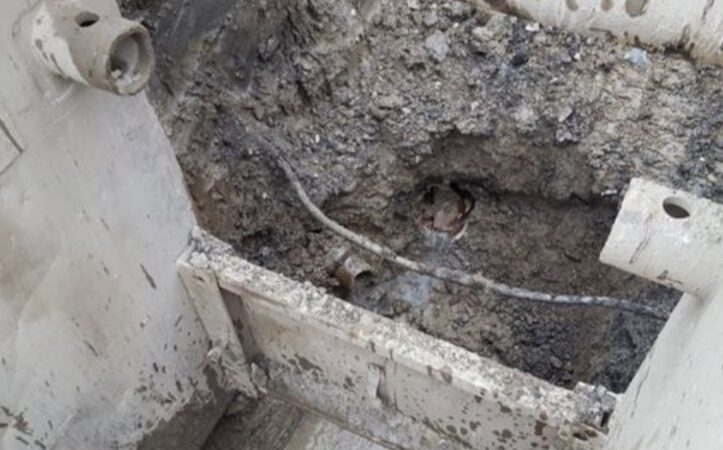 Six Evanston residents will be hired as part of the City’s effort to replace leaking or broken lead service lines under a Work Force Development  program approved by the Evanston City Council May 9.

Evanston City Council members voted unanimously in support of a staff recommendation for a resolution authorizing funding for the program.

The costs will be split between the City’s Water Fund ($861,000) and federal American Recovery Plan Act monies ($930,000) for water and sewer infrastructure.

The Lead Service Line Replacement and Notification Act adopted by the State of Illinois went into effect on January 1, 2022, David Stoneback, the City’s Interim Deputy City Manager pointed out in a memo.

“The Act prohibits the repair of lead water service lines, he noted, “thus requiring any leaking or damaged lead service line to be replaced in its entirety, from the water main to the meter inside the home.

Prior  to the Act, staff in the Water Department’s Distribution Division were able to keep up  with repairing an average 65 leaking or broken lead water lines occurring annually,” Stoneback said.

Officials estimate it will take the additional new permanent positions  in order for the city to handle the workload, Stoneback said.

“Staff is proposing to add additional employees in both the Water Division and Street Division to absorb the additional work load,” he said. “In order to attempt to make Evanston residents the most likely candidates to obtain these positions, staffs recommends hiring work force development (WFD) employees in 2022 and then begin adding the permanent FTE positions in 2023 and 2024. The WFD positions would be only offered to Evanston residents, and, through the program, the WFD employees are provided specific on-the-job training that frequently makes them the best candidates for the permanent positions,” he said.

The employees will work for salaries in the range of $14 to $18 hours initially the first year. If hired permanently, they could move into full time jobs bringing $100,000 salaries.

During Council comment  at the May 9 meeting, first-term Council member Bobby Burns, 5th, who had called for use of the work force program in a referral last August, hailed the move forward.

His question at the time, he recalled, was “how can we prioritize Evanston residents?”

In projects well before his time, such as  on the Deep Tunnel project, “we would contract out for this work, and we’ll still need to do that,” he said.

“But what we’ve done this time is a shift — that we’ve  actually set aside a portion of the work, that  city staff  is capable of training other community members  to do. And that roughly…about  $700,000 we’ll be putting back into the community by employing people. We still have some work to do, it’s going to start off as an apprenticeship program. And then, hopefully we can keep all if not most with the city for full time permanent work. But this is a really exciting opportunity.”

Stoneback cautioned in his memo that the city still has considerable work ahead on the project.

“While implementing the increased WFD (Work Force Development) program and additional FTE’s (Full Time Employees) is a significant expense,” he wrote, “Evanston will need to pay to have this work completed, regardless of whether it is done in- house or contracted out.”