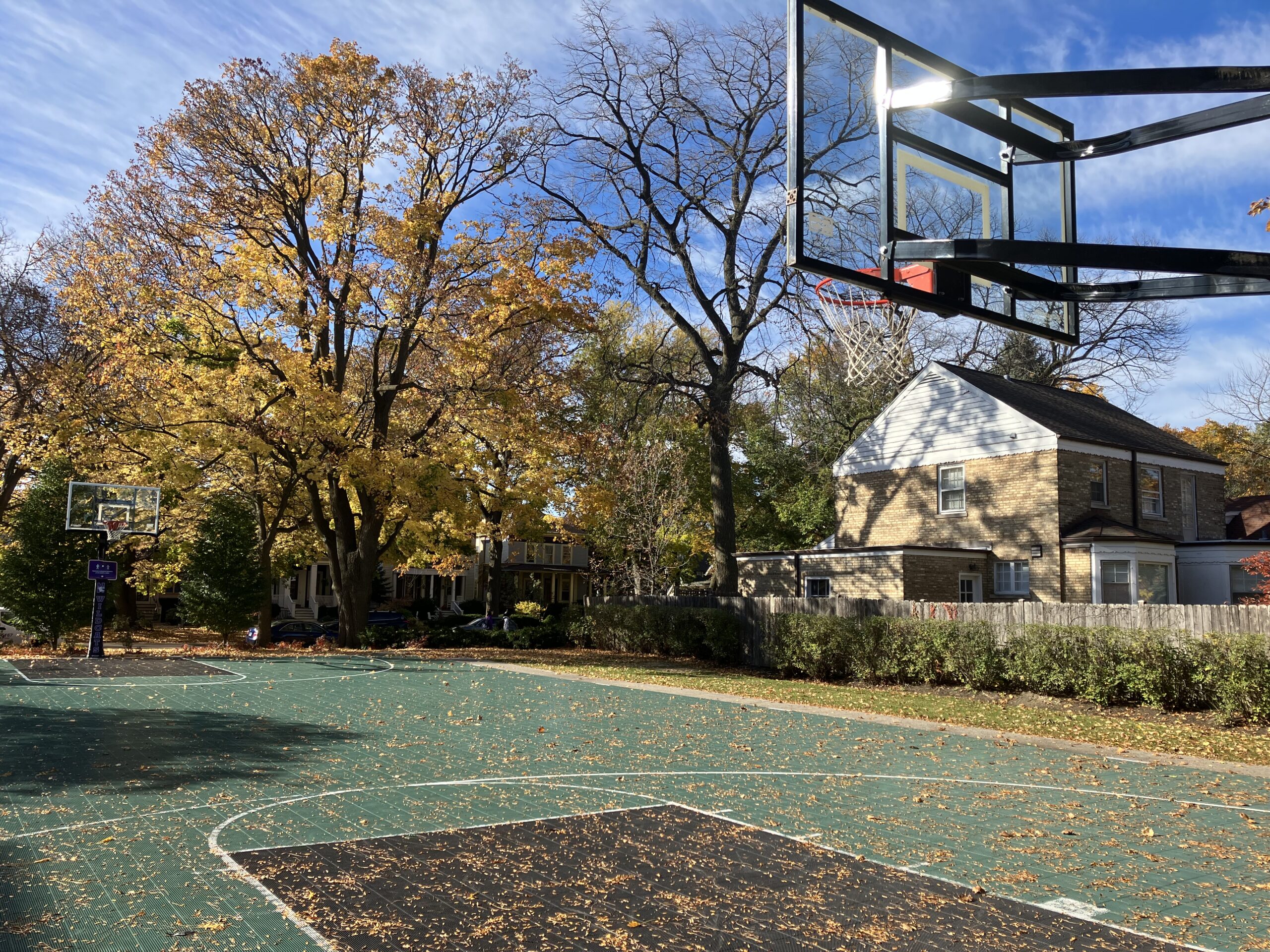 Northwestern University officials assured residents Thursday, Oct. 27 that they would take steps to manage noise spilling into the neighborhoods from the school’s Foster-Walker complex.

At the first fall meeting of the Northwestern-City Committee, NU officials responded to some residents’ complaints of noise from late-night games at the court by the complex, located near homes on the 1900 block of Orrington.

Northwestern, which put the item on the committee’s agenda, is looking for ways to minimize the noise, said Dave Davis, the university’s executive director of Neighborhood and Community Relations.

Earlier this year, during orientation week, he said, officials received complaints about noise from the Foster-Walker basketball court in an event organized by Student Affairs.

The event was a gathering to try to get first-year students “to just get to know each in a non-intimidating way,” he said at the meeting.

One thing the University plans to do is to make sure residents in the area are notified if an event with amplified sound is going to take place, Davis said.

Northwestern did have a permit for the event that raised complaints, he said.

“But we want to go the extra step to make sure our neighbors are aware of any of these types of events,” he said.

In addition, he said, officials want to make sure that First Ward Council member Clare Kelly, who presided over the Oct. 27 meeting,  is notified too, allowing her to alert constituents.

The university is also investigating putting up signage around the basketball courts, encouraging users to be courteous of the neighbors nearby.

“One thing I also just want us to keep in mind,” said  Davis, “is that our students, they’re young, but they’re also Evanston residents like everybody and so for us to try to determine what makes the most sense to try to reduce these incidents in the future …  Their intentions are not malicious.”

Jolted awake in the middle of the night

Cecile McHugh, a resident, speaking after Davis, suggested there was a misunderstanding of neighbors’ concerns.

Residents were aware that the event mentioned by Davis was a beginning-of-the-year, welcoming event run by the university, and that it was going to be over at a reasonable time said McHugh.

Residents definitely recognize that students have rights just like other citizens, she said, “but other basketball courts in Evanston close at the latest at 11 o’clock at night.”

“We just need the basketball court to close at a reasonable hour,” she said. “And that’s the issue.”

“This has happened five or six times this year for the first time,” she added. “The previous 15 or 17 years I’ve lived here, [there have been] no issues at all with the basketball court, but this year I’ve been jolted awake by basketball in the middle of the night, and if you could solve that by somehow having some way to check … not to involve the police, just to enforce it.”

Another neighbor at the meeting weighed in, saying her concern was more focused on music. She said there have been times “when it has been so loud that it really kind of rattles the windows and makes it hard to have a conversation in the house.”

In response, Davis said he would bring residents’ concerns back to the school’s Student Affairs team and see if there were ways to address some of the challenges that were raised, particularly around the time individuals are using the basketball court.

“You know, again, we want to be mindful that these individuals [new students], we want them to feel welcome. We also encourage conversation. We always encourage dialogue between our students and neighbors,” he added, “because there’s sort of a two-way exchange of conversation and mutual respect that tends to more sustainable, more long-term solutions in the  end.”

The meeting was the first for the committee since August of last year.

The Northwestern University/City Committee was established arising out of a lawsuit brought by the university against the city in 2001, challenging establishment of the Northeast Evanston Historic District, at a time when town-gown relations were fraying.

Judy Fiske, who later served as alderman of the First Ward and was Kelly’s predecessor, led the movement to establish the district in an effort to prevent the university’s encroachment into residential areas.

The committee is to meet on a regular basis, or as needed –  according to the consent decree – and is empowered to try to resolve a broad range of issues, one of which is noise.