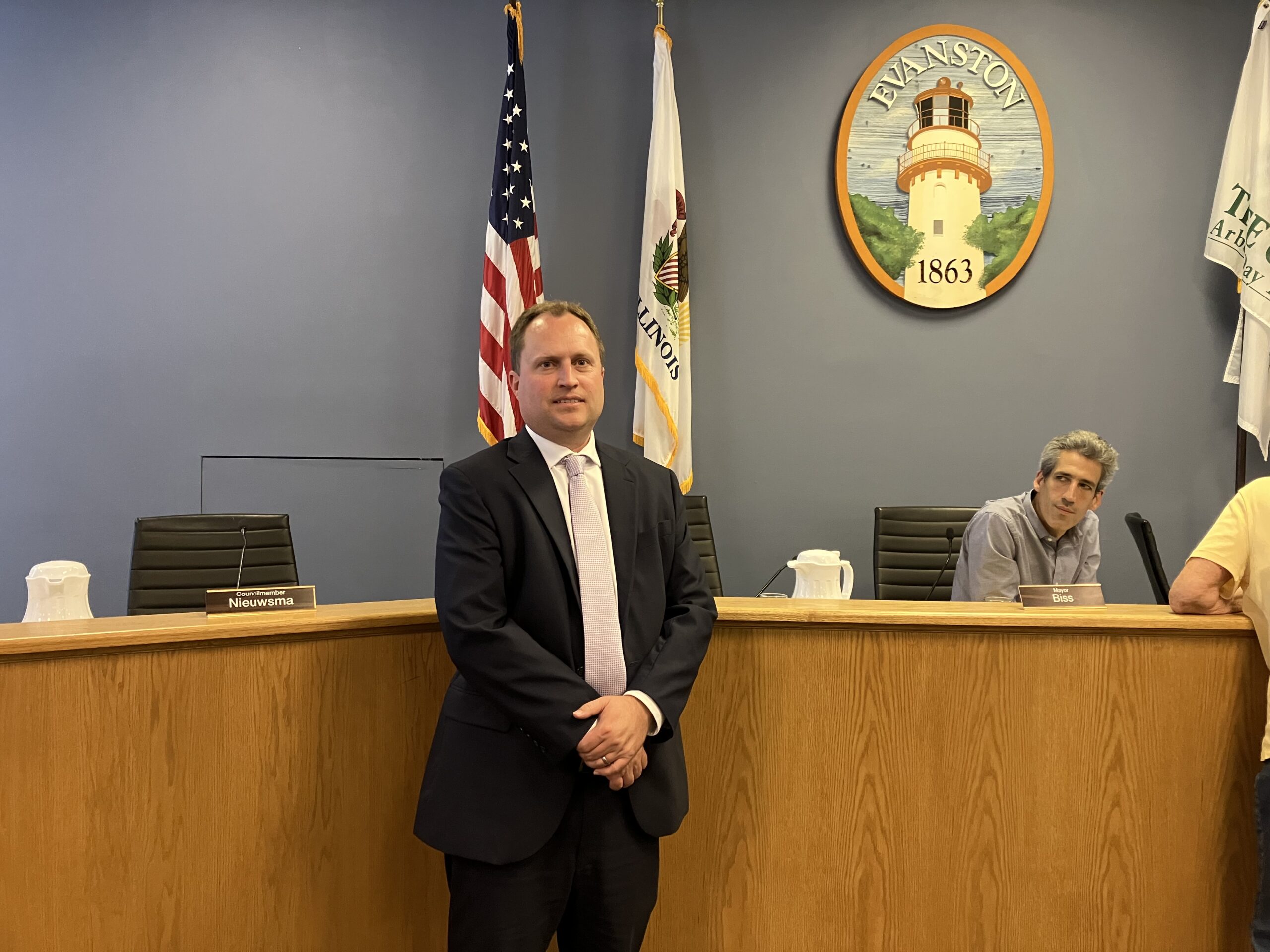 Under Council rules, six votes were needed for an appointment. With the Second Ward Alderperson position currently vacant, nine Council members voted, including the mayor who normally doesn’t have a vote on legislative matters.

The latest occurred August 2 when the city parted ways with  their lone finalist, city of Urbana administrator Carol Mitten, whose appointment had received strong resistance from some local activists.

Council members broke out in applause with the completion of the vote in a mostly empty Council chambers, in a meeting that lasted just over ten minutes.

Mayor Daniel Biss thanked Council members for coming to an agreement “on this important critical step.”

“I think the unanimous vote is a signal,” he said. “You know, it’s no secret that we’ve had a lot of thinking about regarding this question, because of deeply held beliefs that people just don’t quite see eye to eye — and yet everyone can get behind this decision, because we’ve seen Luke at work. We’ve understood his knowledge and his skills. And most importantly, by far, we’ve seen his ability to work with everybody; that when people disagree around Luke Stowe, it’s not the case that one of them gets shut down, it’s that everybody is heard, and we find a better way forward.

“I think our city needs that really badly right now.”

Asked to speak Stowe said, “I just want to say thank you to the Mayor and the City Council. I appreciate the support of staff and residents I’ve received.

“This is a tremendous honor and privilege to sit in this seat for this great city, and I look forward to getting to work immediately.”

Stowe has worked for the City since June 2012, starting under then City Manager Wally Bobkiewicz. He has held many positions, mostly on the technology side, including digital services manager, chief information officer, and director of administrative services. Stowe also played a key role during the pandemic, helping citizens stay connected as the city moved to virtual broadcast with in-person meetings ruled out.

Under his contract agreement with the city, effective Aug.  15, Stowe will receive an annual salary of $250,000 per year.

In addition, he will receive deferred compensation from the city of 8% of his annual salary to a qualified tax deferred plan funded bi-weekly.

The agreement calls for the City Council to conduct an annual evaluation of his performance, using criteria developed jointly by the City and Stowe.