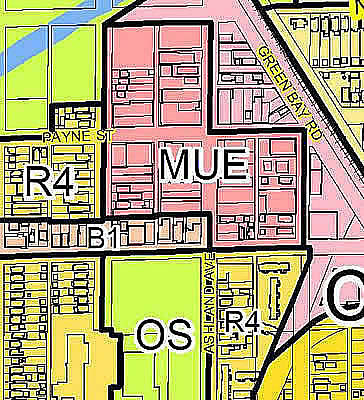 Mail
By Bob Seidenberg
Evanston zoning codes sometimes mandate land use that is economically inefficient, requiring excessive lot standards and setbacks — standards that can have “an inherently exclusionary or segregationist effect on housing.”
That observation was found in a report on Evanston’s zoning code last fall.
Evanston-based Connections for the Homeless, a leading group fighting homelessness, is currently gathering community input on equity and affordability-focused zoning, Sue Loellbach, manager of advocacy for the organization, told members of the city’s Equity and Empowerment Commission July 21.
The agency hopes to get public input, “looking at how can we assess the zoning code basically as a moral document, to look at how it is either perpetuating or creating segregation, inequity and increasing housing costs,” she said.
Joining Forces for Affordable Housing, the advocacy program of Connections, commissioned ZoneCo LLC  last to conduct the review of the city’s zoning code.
“The intent of the review was to identify zoning provisions that create and perpetuate racial and other inequities and contribute to the high costs of housing,” ZoneCo said in its project summary.
ZoneCo found “several problematic themes” throughout the zoning code, in a preliminary report in November 2021.
In its initial observations, ZoneCo found:
— “There are “inclusionary housing bonuses within the city code which demonstrate a commitment to attainable and affordable housing for residents (though not for very-low- and extremely-low-income residents).”
— “Equity and equitable outcomes are not mentioned within the purpose statements, public benefit statements, or anywhere in the code, despite the presence other general prescriptive statements related to preserving natural, historic, architectural, and environmental features.”
— Within the R (Residential) zoning districts, which is where the majority of the city’s residents reside, there is no reference to the City’s housing goals.
— There were several policy goals related to lessening congestion. The goal of lessening congestion can be used selectively and in discriminatory ways to prevent the construction of smaller, more concentrated units that tend to be more affordable.
—“ The term ‘family’ appears throughout the code. [Households] should have an inherent right to form based on whether the members are related or unrelated. It is, reasonable for a municipality to implement regulations that guard against overcrowding or unsafe conditions, but mandating familial structures is an inherently flawed and discriminatory way to regulate these things.”
Connections, through its advocacy work around affordable housing, has found that the people in greatest need are those with incomes below 50% of the area median income, people of color and people with disabilities, Loellbach told Equity and Empowerment Commission members.
The agency is working with seven local groups, including the Evanston NAACP, the Center for Independent Futures, and Evanston Own It, on a community-outreach process, she said, by which each of those groups can reach out to people in their networks about changes needed.
“The goal is to get their input these values behind the zoning code and what their opinions should be on what are some of the trade-offs and zoning decisions,” she told Commissioners.
“Is it more important to have parking versus affordable units?” she said, offering one example. “Because of the zoning code, very often this decision is made in favor of parking.”
“Our focus is really on getting voices that haven’t heard big been heard before,” she said, “but we also need representation of the voices that have been heard.”
Connections has received almost $200,000 in funding from various foundations, highlighting the interest in the project, she said.
Eventually, after input is received, a final report will be drawn up, including the input gathered by the community organizations.
Beyond that, “What we want to do is develop some guidelines [for] the various committees and commissions to use, to add to the standards that they have when making decisions,” she said.
She suggested that the work would dovetail with the Commission’s own efforts to combat gentrification in the city.
Karla Thomas, the Commission chair, beginning the meeting, said that municipalities are having to get serious about using different tactics to housing more affordable.
“Rents have gone up for a reason. It’s not by chance,” she said.
At the virtual meeting, Commissioner Darlene Cannon introduced Alderman Byron Sigcho-Lopez from Chicago’s 25th Ward to speak about some of the legislation he’s sponsored to slow gentrification.
Sigcho-Lopez thanked the Commission for the opportunity. “We do have a crisis of housing that has created a lot of disability in our communities,” he said. “And it requires that we develop policies that connect our communities.
“We are in a serious situation,” Sigcho-Lopez said. “As you know we are losing a lot of natural affordable housing and not building to the scale of that we need for more public and affordable housing and this has resulted in unprecedented levels of homelessness,” he said.
One ordinance put forth by Sigcho-Lopez received Commission interest – prohibiting predatory tactics by residential real estate developers to coerce homeowners to sell their properties.
The Commission also showed interest in other anti-gentrification policies, including a moratorium on conversions of two to four flat buildings to single family homes and, similar to a pilot plan in Chicago, allowing single-family home owners to add basement units.
That provision would come with a mandate that the units have long-term leases for at least the first five year to reduce  the use of those as short term rental units.