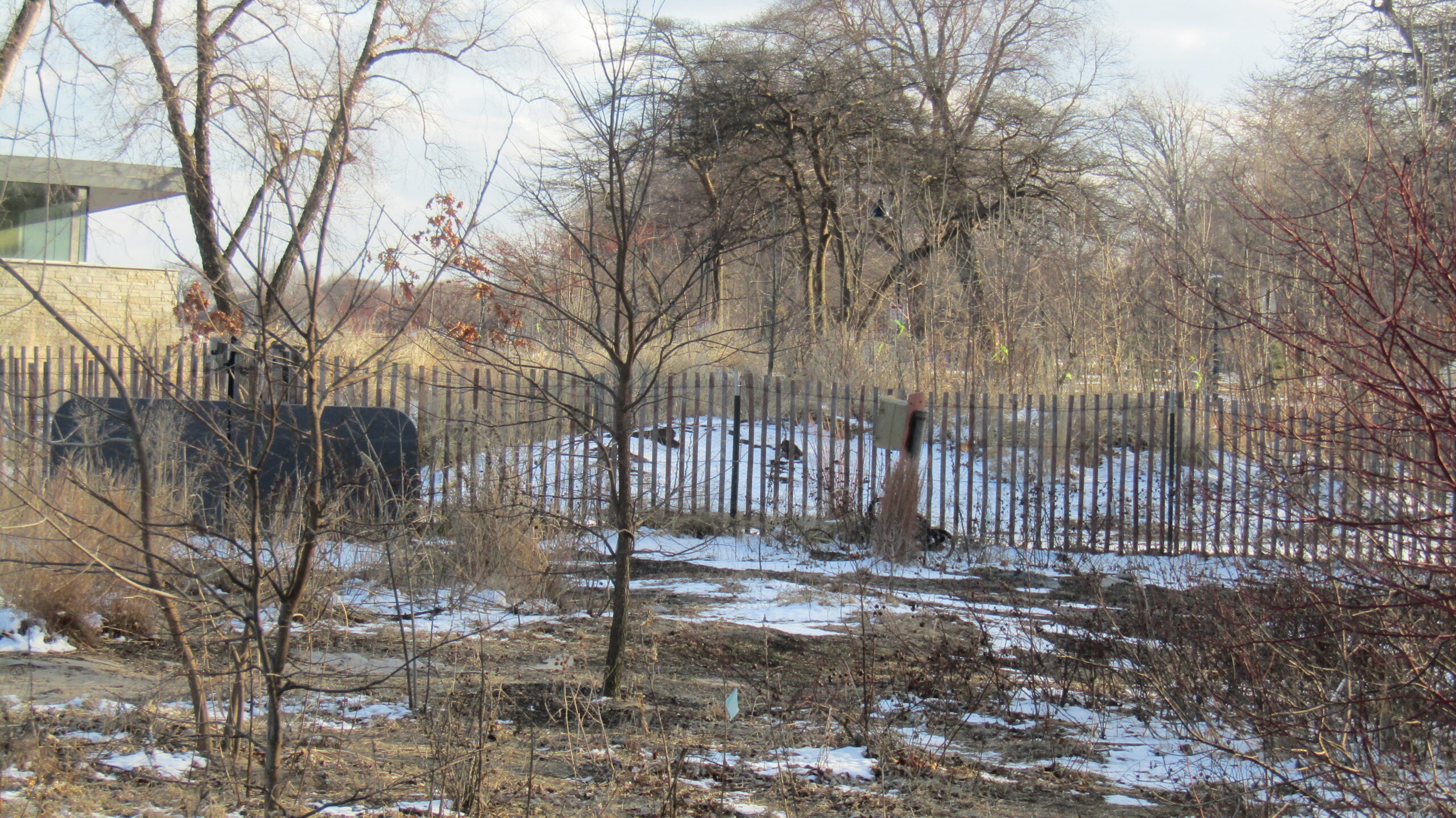 By Bob Seidenberg
Teaming with landscape design experts, city officials successfully rebuilt a bird sanctuary habitat off of Clark Beach in 2015 after the fragile two acre site had been largely wiped away during construction of Northwestern University’s Visitor Center, located just north.
Volunteers joined in, weeding out the buckthorn and other invasive plants which had taken hold and replacing them with native plants and trees.
But one native species — not included in the restoration project — has turned up uninvited to the area and is forcing officials to launch a maintenance project in the coming month.
Currently the area on the south side of the sanctuary is being overrun with ash trees samplings, said Michael Callahan, the City’s Arborist/Forestry Supervisor, speaking at the Feb. 24 City Council meeting.
With Ash trees throughout the area – and nation – being ravaged by the emerald ash borer beetle, officials would like “to take out the saplings, prior to the trees getting much larger, because of cost and convenience and safety to the public,” Mr. Callahan said.
“If these trees are allowed to grow to maturity,” he explained, “ then we’re going to have an issue with safety when they die from emerald ash borer. So it just saves us a lot of money. And it also buys us a lot of time — it gives the new trees that we put in in 2015 time to actually grow, get acclimated and actually start to thrive instead of being suppressed here.”
“The big thing here is to get desireable vegetation in a federal wildlife habitat,” he said.
“The original landscaping plan for the area did not call for any type of ash trees in the area,” he pointed out, referring to a map projected on the overhead screen at the meeting. 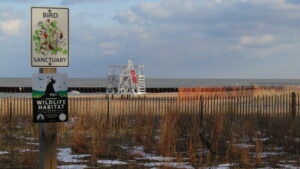 The map showed trees and shrubbery planted in the area. Including Aspen, Bur Oak and Red twig dogwood.
An area marked off in yellow showed where the ash saplings have taken hold.
Staff is proposing to have the saplings cut down, and then come in and treat the stumps with an approved chemical that prevents them from resprouting, Mr. Callahan said.
Some of the debris and brush will be stacked in a way that is beneficial to birds, he said, providing a better habitat.
Officials plan for the work to be completed prior to mid-March, he said.

Ald. Judy Fiske, 1st Ward, a bird watcher and acknowledged “tree hugger,” was the lone Council member to question Mr. Callahan about plans to remove the saplings. “I’m very concerned about the ash trees actually. Is every species of Ash affected by the emerald ash borer?” she asked Mr. Callahan.
He confirmed that was the case.
“Okay,” continued Ms. Fiske. “They’re also native to our location. So the fact that they are sprouting up — they’re just doing what they would do.”
Mr. Callahan agreed that the ash trees are doing exactly what they would be doing, referring to it as “normal succession.”
“The issue, why is it bad,” he said, responding to Ald. Fiske’s concerns, “is that the ash borer doesn’t attack the trees until they get larger in size. They’re going to choke out the more desirable trees that we’ve already planted in the past and then when the ash trees die we’re going to have to come in and remove them.
“Ash trees become very brittle as they die; they lose moisture really quick so it branches really, really quickly,” he said. “So it’s better in my opinion to get these down while they’re small so we can actually buy some time to get some better tree species in there.”
Ald. Fiske said, “there’s something that rubs me the wrong way about managing a natural living plant in this way and making those decisions.
“I understand exactly what you’re saying “ she told Mr. Callahan, “and you’re being practical and I appreciate that. But I am very concerned about this particular tree, and what we might do, if there’s anything to do, to encourage its presence in our city landscape.”
Mr. Callahan said he didn’t favor chemical treatment in this case, as the City has successfully done with its elm tree population.
With ash trees, even if treated with a chemical, the emerald ash borer beetle still has to consume part of the tree before getting to the poison, an insecticide, he said.
For that reason, “I personally don’t recommend doing many injections, especially around town for city trees because of the environmental impact on pollinator species and to local native wildlife,” he said.
He said the location of the saplings, near the sidewalk and a restroom, also figured in his decision.
“If it was an area where the public wasn’t around a lot, where we could let them just live their lives and go through the natural cycle of things I think that would be okay,” he said.