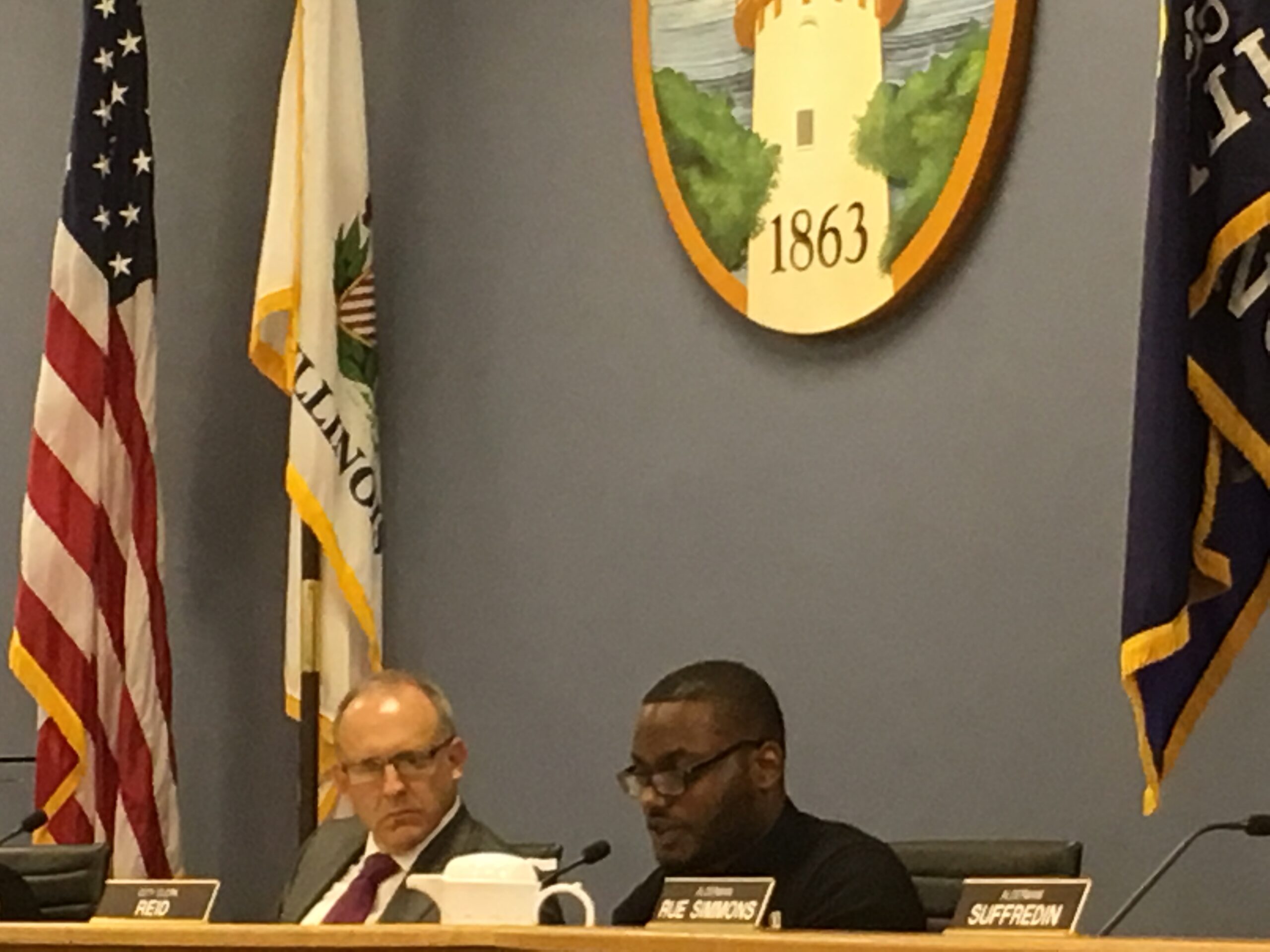 Hagerty said his recommendation stemmed from the rising number of Freedom of Information requests the city is seeing and the need for additional personnel to process them. Over the past two years, FOIA requests in Evanston have doubled from approximately 700 requests to 1,400, he said.

“Since residents are availing themselves of FOIA to get more information about how their government operates, I think it is prudent that the council  ensure that our city has an adequate number of FOIA officers to meet this growing demand,” he said.

Nearly 20 residents spoke during the citizen comment portion of the meeting, a number of them assailing the move.

Nancy Sreenan, one of the citizen speakers, urged aldermen to pull back from the resolution, which she called “Mayor Hagerty’s 11th-hour stealth move to appoint FOIA officers who are beholden only to him and the City Manager.”

“That’s just an abuse of power, and it’s an erosion of democracy,” she maintained. “By pursuing this change the City of Evanston is pursuing yet more secrecy and yet less transparency.”

The City Clerk, the only official elected citywide besides the mayor, along with staff, have historically been in charge of administering Freedom of Information requests until now.

The Clerk’s office is independent of the city and does not fall under the authority of either the City Manager or City Council.

Hagerty’s call for a change came three weeks after Reid had filed a suit against the city in Cook County Circuit Court, charging officials were in violation of the Illinois Freedom of Information Act by refusing to turn over body camera footage from police officers as well as not furnishing unredacted copies of certain documents.

The city responded that the clerk’s office fell outside the statutory limits established by the state Body Camera Act to be able to review such body camera footage.

Under Hagerty’s proposal to the council, the additional FOIA officer positions will be filled by an Evanston Police Department Records Manager; an Assistant City Attorney in the Law Department, and a Customer Service Representative in the Collector’s Office.

No additional funds will be needed to support the additional officers, the memo said.

In discussing the move Tuesday, Hagerty  said that the recommendation of the additional officers because of the increase in FOIA requests, is “something I have been inquiring about and monitoring since August 2018.”
“Over the past two years, FOIA requests in Evanston have doubled from approximately 700 requests to 1,400,” he said.

He said a survey of surrounding  communities showed them having anywhere between two and 11 FOIA officers.

“Given this pure data and increasing volume of FOIA requests I believe it is the City’s best interest to add three additional FOIA officers,” he said.

Ald. Donald Wilson, 4th, said  that citizen charges that the action demonstrates council members  are not committed to transparency “is simply not true.”

“The nine people up here are very committed to transparency,” he said. “The policies that we’ve adopted, the staff that we supported in providing information on the (city of Evanston) Web page…it’s something that the Council and staff have been driving as far as the policies are concerned, and the commitment is there.”

“This is administrative. I can’t make you believe me, there’s no way for me to make you believe me,” he said addressing the audience. “But I know what went into my decision process and that’s all I can do. I can just have faith and confidence what I think is the best way to manage this business aspect of the enterprise and to make sure it is done in a way that is most effective for our community and people who expect a quality product.”

“It’s  not about the person, this is about the process,” he stressed.

But citizen speakers as well as Reid in his own defense, maintained that the action was taken to lessen the clerk’s authority over the Freedom of Information process.

Reid maintained  that the Mayor’s action —  issuing his proposal on the Friday before a long weekend, with little time for the public to react —  “is inconsistent with Evanston’s democratic values. The manner in which this proposal was introduced was meant to ensure that the fewest Evanstonians possible would be aware of its existence,” he  charged.

“FOIA is a key to enabling that people discuss public issues fully and freely,” he said, “making informed political judgments and monitor government to ensure that it is working in the public interest.”

He said the Mayor’s proposal “would unequivocally weaken the authority of the City Clerk, an elected official whose office is directly accountable to the public, by reassigning the vast majority of public records to Freedom of Information officers accountable only to the City Manager.”

The clerk acknowledged that Hagerty was correct, citing figures showing requests had doubled. “However, it is not clearly explained how this has caused a strain on the system or a delay beyond statutory limits.”

In his remarks, the clerk noted a number of cases where he, as the city’s FOIA officer, intervened  to see citizens receive the information they requested when their requests were on hold with the city.

“Evanston may well be the first community in Illinois with an office of an independently elected official solely responsible for the administration of the Freedom of Information Act,” Reid said in his remarks. “The Evanston I believe in has  never been afraid to lead on smart policy. Having a public records officer who is directly accountable to the public is an example of Evanston leading on smart good government policy and championing municipal transparency,” he said.

He said the municipalities cited in the mayor’s memo as having multiple FOIA officers — Park Ridge, Glenview, Arlington Heights, DeKalb, Highland Park, and Naperville — are not  analogous to Evanston,  lacking the city’s diversity, socio-economic issues and history.