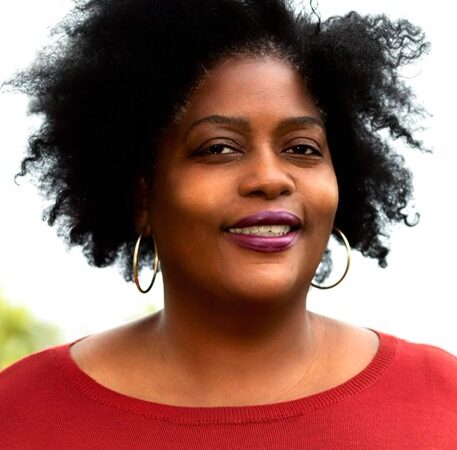 With Braithwaite announcing June 27 that he plans to step down from his seat after the July 11 City Council meeting, Cannon  is the first person in that ward to ask to be considered for appointment to the position.

“Evanston’s 2nd Ward is my home, the only home I have ever known,” she said in her statement. “I grew up, worked , got married, and raised my family here. My knowledge and understanding, of how strong our community is, started at an early age as I worked hand-in-hand with community leaders to improve the lives of all Evanstonians, especially those living in the 2nd Ward. I will prioritize affordability, public safety and small business ownership while increasing government transparency and community participation.

“As an appointed member of the City of Evanston’s Equity and Empowerment Commission and a board member for Democratic Party of Evanston, Citizens Network of Protection, and Reclaim Evanston, I spend my time working to build consensus from diverse groups of Evanston residents to improve the needs of our community. I am used to navigating challenging issues around public safety, affordable housing, access to city services, and our ever increasing tax burden.

“The 2nd Ward needs a representative that is committed to working efficiently and collaboratively with our residents, fellow Council members, and city staff; a council member who will always put Evanstonians first,” she said. “I want to be that voice for the 2nd Ward. A voice that will never leave an email or voice mail unreturned while leading unapologetically with integrity and fortitude. I am committed to the 2nd Ward now and always.”

How it worked in the 9th

In the south 9th Ward, the mayor invited ward residents to apply for the job after Cicely Fleming stepped down earlier this year.

The seven applicants who put in their names for consideration then appeared at a public forum, presenting their credentials and responding to questions about issues.

With the consent of the Council, Biss then named Juan Geracaris, active in Latino affairs, to fill Fleming’s seat until next year.  Under state Law, Geracaris will serve in the Council seat until either February or April  2023, depending if a primary is needed. An open election will be then held with the winner serving out the remainder of Fleming’s term, which runs until April 2025 when a special election will be held for someone to fill the remainder of Fleming’s term which ran until 2025.

Fleming had run unopposed in her race and had not recommended someone to succeed her in the seat. 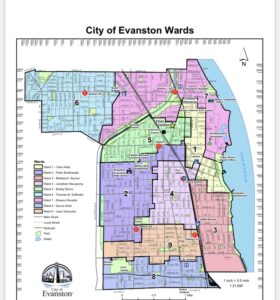 By contrast, Cannon and Braithwaite, who both who grew up in the Ward and continue to live there, ran in a race that generated high interest in an otherwise tepid election, producing 1,357 votes.

Noting that her election bid came within 71 votes, Cannon, who organized a community food pantry during the pandemic,  said in her statement that, “these results give the best indication of 2nd Ward residents’ support of my ability to represent them. I am honored by their continual support, and it would be a privilege to represent them for the remainder of Councilmember Braithwaite’s term,” she said.

Asked his views on a successor, Braithwaite indicated he wasn’t ready to tackle that question yet.

He said he has, though, thought about the attributes that will be important for his backing.

They include “someone with  a proven track,” who understands the diversity of the ward, which has the second highest black population in the city. He said the Dempster-Dodge shopping center, which showed a strong rebound during  his tenure, and affordable housing should be other priorities.

His backing will go to someone who “checks all those boxes,” he said, summarizing.