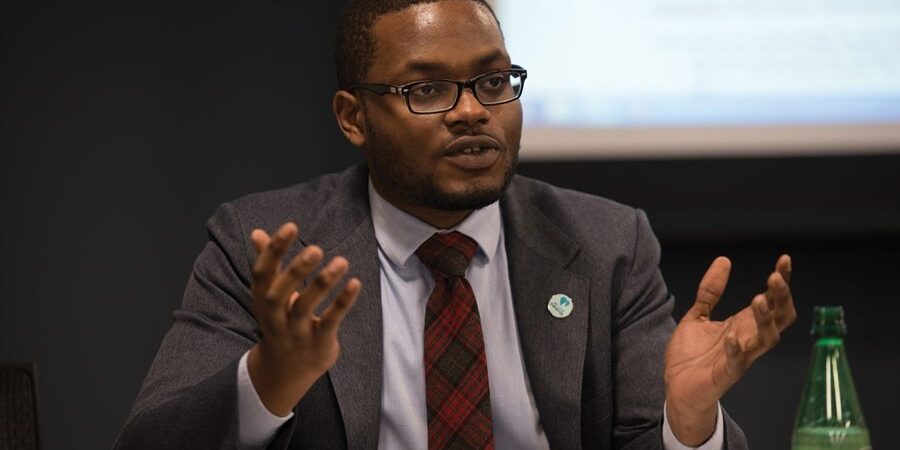 The State Board of Elections has greatly reduced the late filing penalties that office was seeking from Evanston City Clerk Devon Reid dating back to his successful run for office in 2017, acknowledging there were “mitigating circumstances” with the notices that went out alerting Mr. Reid of his missed payments.

Board members voted at their Monday, Nov. 16 meeting to accept a settlement of $4,000 from Mr. Reid, an amount substantially down from the $15,000 or 50 percent payout of the total $30,000 in late fines the office had assessed.

In the meeting held over Zoom Monday, board members  substantially changed their position after an official with the State Board office confirmed that mail sent to to notify Mr. Reid’s campaign office, alerting him of the late payments, had come back undeliverable.

In the April 2017 election, the office had levied penalties against Mr. Reid’s campaign, starting on June 7, 2017, for a delinquent filing of the March 2017 quarterly report.

The office continued to charge penalties for the delinquent filing of reports, including assessing a fine of $10,000  on June 18, 2018 for failing to file the September 2017 and the December 2017 quarter reports from that year’s elections.

Mr. Reid, who has announced he is running for alderman in the 8th Ward, and intends to leave his Clerk’s position when his term is up next year, told Board members the $15,000 settlement the Board was seeking would be “prohibitive” to launching an aldermanic campaign. He had offered a settlement of $3,000, maintaining there was an error in mid-to-late April of 2017, while updating the Treasurer position of his campaign.

He told the Board that after the April 5, 2017 election, his campaign vacated their temporary shared office at 1603 Orrington Ave., “and that once we vacated the property we didn’t receive any filings that would alert us to an error that was made. We learned about it as I was preparing for election (this year),” he said.

“It was an inadvertent error,” he told the Board. He said the campaign raised just over $10,000, meeting the threshold of a filing requirement.

“With the missing quarterly reports that went out we didn’t raise or expend any money after the April election of 2017. I know that the Board wants to make sure folks file documents on time to assure transparency. I fully support that,” he said.
He expressed hope that the Board would not “be restricting folks from office,” noting that “I was elected at 24 years old to the City Clerk’s position in Evanston and I’m hoping to continue to serve my community diligently.”

State Board of Elections members at first stood firm behind the Board’s 50 percent settlement, maintaining Mr. Reid should have been aware of the notices.

Board member William McGuffage noted that the Clerk’s position, such as Mr. Reid holds, is viewed as a “detail-oriented ministerial office of great importance. He (the Clerk) should be on time with all requirements of the election, since he is a a similar official to us that assures that the City functions diligently and according to law.’’

“There has to be penalties for this or the campaign finance act is meaningless,” he said later.

Board members moved to accept a substantially compromise offer of $4,000, though, after Tom Newman, the director of the State Board of Elections Campaign Disclosure Division, confirmed that the office had just one address for Mr. Reid’s Committee “and that after awhile the mail started coming back as undeliverable.”

He said that Mr. Reid’s committee only filed one quarterly report, and that was the one dealing with the April 2017 election.

“Subsequently, they closed the office; they apparently were not receiving our reminders on some additional fines that were assessed for other quarterly fines that we assess once a client reached a maximum of $5,000,” he told Board members.

Following up, Ian Linnabary, the vice-chair of the Board, said he thought that “there are some mitigating circumstances here,” and stated that he would be amenable to a reduced settlement “given the fact that he (Mr. Reid) only raised $10,000, all in connection with his race.”

“There doesn’t seem to be any malice here. It just does seem to be some negligence in filing, which we see from time to time. The committee really was a small committee, didn’t raise a lot of money, didn’t have a lot of activity,” he observed.

The motion passed unanimously in a roll call vote. Mr. McGuffage voted in support, advising Mr. Reid, though, to “hire an accountant,” for his new election bid.