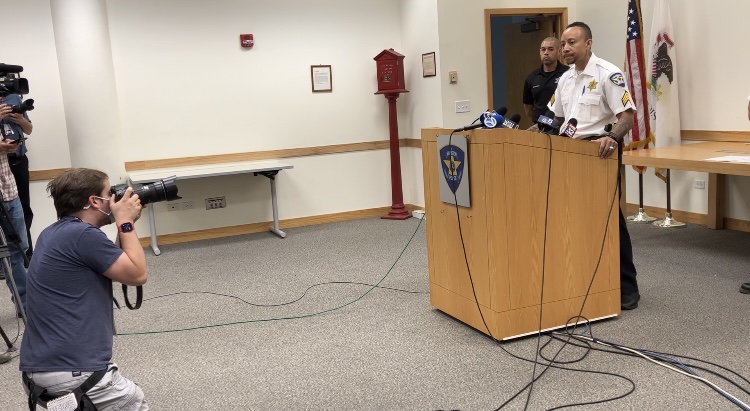 The 13-year-old girl critically injured in a shooting on the 1300 block of Fowler Avenue July 25 was attending a  party in the backyard of a residence with  other juveniles when an unknown gunman rained down at least 10 rounds over a fence before fleeing, Evanston police said at a press conference today.

At this time, the victim is the only person in the group that police know sustained injuries, said Sgt. Kenny Carter at a press conference this afternoon. At this time there are no offenders in custody, he said.

“Although this does not appear to be random, our  preliminary investigation shows that the victim was not the target,” said Carter.

PThe victim suffered a gunshot wound to her neck. She was initially transported by Evanston Fire Department paramedics to Amita Saint  Francis Hospital, Carter said. Subsequently, she was transferred to Lurie’s Children’s Hospital where she remains in critical condition, he said.

Police have called in the Northern Regional Major Crimes Task Force (NORTAF) to assist in the investigation.

Police are requesting that anyone with information about the incident contact the Detective Bureau  at 847-866-5050, or use the department’s text tips service, writing  “274637” (which spells out the word CRIMES) in the phone number line. The message should then start with EPDTIP to ensure  the tip is routed properly.

”I would like to express our sincere condolences to the family,” Carter said at the start of his report. “Tragedies like these affect not only  the family of the victim but  it affects our community as a whole.”