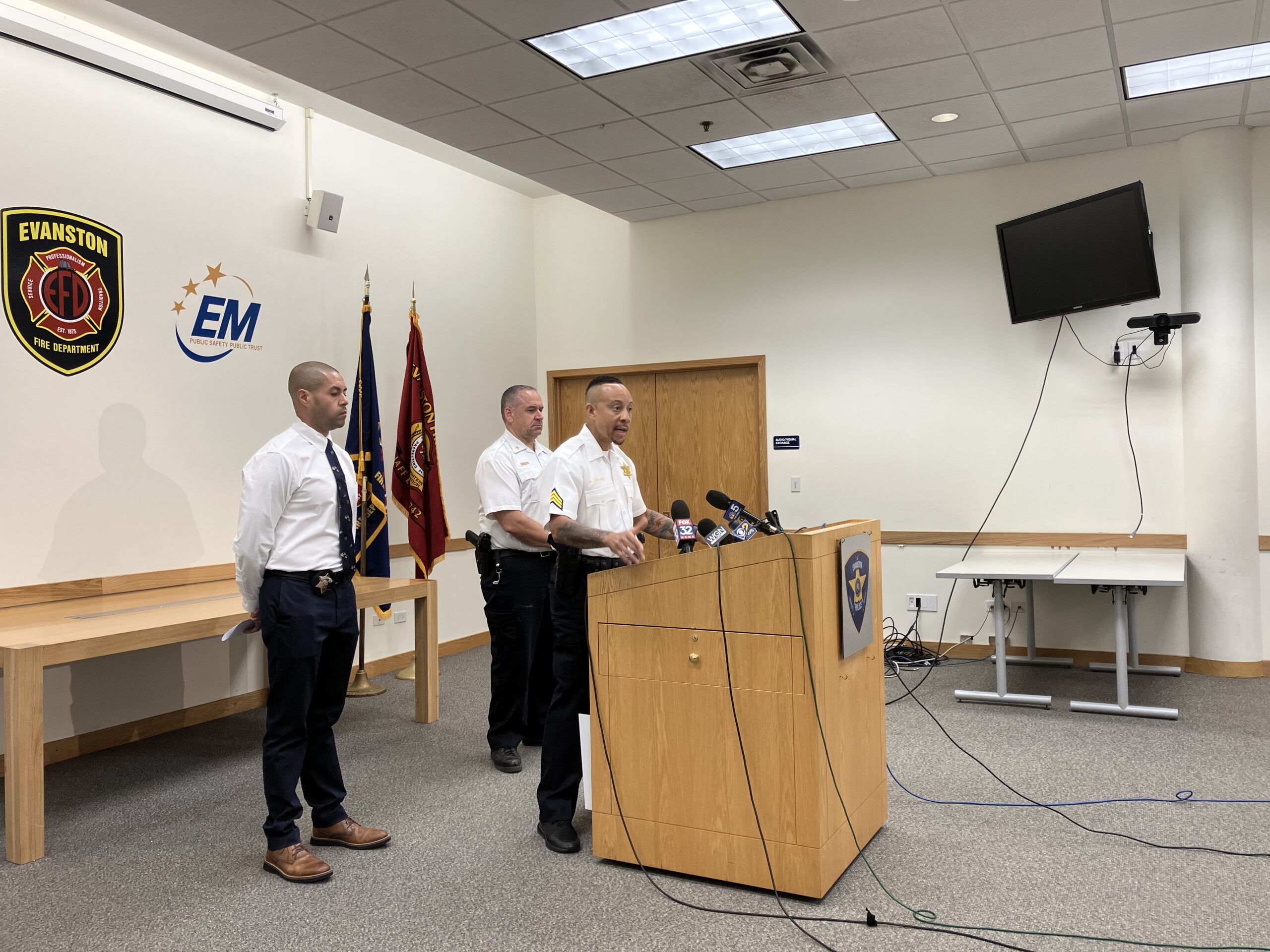 A 17-year-old Sauk Village juvenile has been charged  as an adult in the shooting of a 13-year-old Evanston girl July 25 as she was attending a backyard party with other teens in the 1300 block of Fowler Avenue, police announced today, Aug. 17.

Police are not releasing the name of the juvenile. The girl suffered a serious spinal injury in the incident, said Sgt. Kenneth Carter, in a briefing at the police station.
The shooting  occurred at approximately 6:20  p.m., July 25 during a party attended by teenage juveniles in the backyard of a residence, Carter said.

When officers arrived on the scene, they located one victim, the 13-year-old girl, who had suffered a gunshot wound to the neck, Carter said.

The girl suffered a serious spinal cord injury in the shooting and remains hospitalized, Carter said.

The police investigation revealed that the gunman fired at least several rounds over  a fence in the  incident.
Police arrested the alleged offender Aug. 11  and subsequently charged him with attempted first degree murder and aggravated battery, Carter said at the briefing.

He said the police investigation indicated that another individual, not the victim, was  the intended target of the shooting.

The police department is not currently seeking additional offenders at  this time, he said.

”The  police department would like to thank our personnel who worked  tirelessly on this case and brought this investigation to a successful conclusion,” Carter said.

Additional, he said police wanted to thank the members of the Northern Regional Crimes Task Force (NORTAF) who  assisted in the investigation.

Police are requesting that anyone with additional information about the incident  contact the Detective Bureau  at 847-866-5040 or text their tips, entering the number “274637” (which spells the word CRIMES) in the cell phone number line.

The message should start with EPDTIP to ensure the tip is routed correctly.