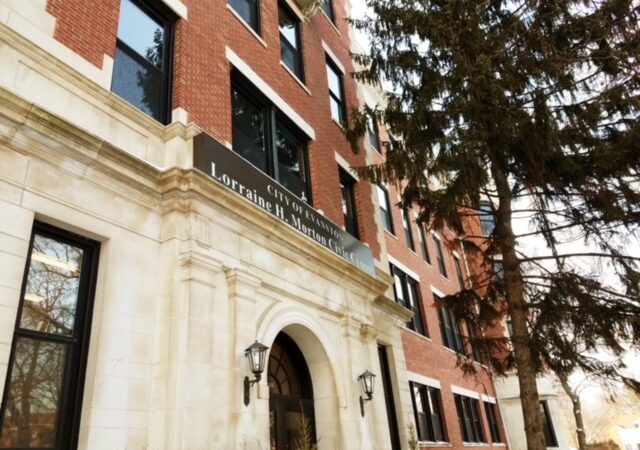 By Bob Seidenberg
A City Council member’s proposal to expand the size of the city’s Referrals Committee, giving the group greater representation deciding items of public discussion,failed to move forward at the city Rules Committee Dec. 5.
Council member Bobby Burns, 5th, made the proposal to expand the three-member Referrals Committee.
The Referrals Committee was established several months into the seating of a new Council in April 2021. Previously referrals had come through the City Manager’s office.
Mayor Daniel Biss serves as chair and Alderpersons Thomas Suffredin and Eleanor Revelle, 7th, serve as the other members.
Biss, with backing from Council members, turned to the system to create a more streamlined system and avoid a logjam of issues at City Council meetings and prolonged discussion.

The group considers agenda items suggested by the mayor, a Council member or the City Manager based on criteria previous established by the Council.
The criteria includes such factors as the time sensitivity, scope of an issue, taking into account demand on staff resources, community interest, connection to existing policy.

Burns as well as Council member Devon Reid, 8th, both first-term Council members, have argued that a larger number of members should serve on the Committee, “so the Referrals Committee is more representative of the city and body (City Council) as a whole,” said Reid, speaking at the Dec. 5 Rules Committee meeting, in a carryover of an Oct. 3 Rules Committee discussion.
“I think it makes sense that we allow folks who would like to be part of this committee to be part of a committee similar to other committees,” said Reid.

Biss, who sits on the Rules Committee as a voting member, spoke in opposition to such a move, arguing there a number of ways to address the concern “within the current confines.”“The point of the Referrals Committee is be proficient, ministerial quick, and I think expanding membership is a clear step in the wrong direction,” he said.
Burns suggested an idea he initially brought up during a more general discussion the October 3 Rules Committee meeting, creating a rotating schedule, rotating two Council members on to the committee at intervals,addressing the representation issue that way.
“It was Mayor Biss who mentioned that he was working on a schedule. Can you provide an update on that?” he asked the mayor.
The mayor said that didn’t recall saying he was working a schedule. “I do recall there was as meeting where the idea was floated and I vaguely recall there was talk about it showing up on the agenda tonight,” he said. “But I certainly was not working on a rotation for the Rules Committee.”
(A review of a recording of the meeting has the mayor addressing Reid on the rotation idea and suggesting “if you want to come back to the next Rules Committee with a rotation plan for us to vote on. I think that makes perfect sense. We could treat it like the other standing committees.)
‘A straightforward administrative process’: Revelle
Council member Eleanor Revelle, 7th, said she was “puzzled” by the proposal to add to the committee.
“I mean the whole point of the Referrals Committee is merely to forward all pending items that come to the Referrals Committee, to refer them to an appropriate committee to address the issue. We consult with the city manager to determine what other issues are on the committee’s agenda, and what kind of demands there might be on staff to prepare background material. And so that sort of influences the timing that we suggest to the committee where we forward it. But all the pending issues get referred. We don’t have a backlog of referral items sitting there, waiting for us to make up our minds.”
“It took a while at the beginning to get a system going,” she said, “but now we have our Referrals Committee staff (Alice Leipsiger) who follows up with the committee where the items have been referred to make sure the committee chair and staff for the committee have received the referral and figured out what agenda (and) what meeting to put it on the agenda.”
She noted that chair of Council committees do rotate, and it might be helpful if the staff member for those groups kept an accurate list of pending referrals so they don’t get lost, “but I’m struggling to see what the problem is there we’re trying to solve here by ‘broadening the perspectives on the committee. It’s not a perspective-driven decision. It’s a pretty straightforward administrative decision.”
Not purely administrative: Reid
Responding, Reid said, If the committee is purely administrative, then, “I don’t really see the point of it.”
He said the problem he and Burns are trying to solve is the committee hasn’t been purely administrative. He said there are decisions the committee has made that can influence the outcome of an ordinance. “There are referrals that have been held at the committee because the Referrals Committee wasn’t prepared to act on an item.”

He named his proposals reducing possession of burglary tools from a felony charge to a fine as well as a new more gender-neutral definition of public nudity, both which eventually were passed by the Council.
He argued that “having more diverse or just more members allows more perspectives” to come out.
Burns also argued along those lines, noting the Referrals Committee can determine what venue an issue goes to for followup.
“So the fact that a committee exists,suggests there’s some deliberation between the members of the body,” he argued.
Asked to expand on his comment earlier that there are other options available to address the representation concerns, Mayor Biss noted that by rule, the (Council) Rules Committee makes appointmentsto the standing committees, including the Referrals Committee.
“If the Rules Committee thinks that the current representation on the Referrals Committee isn’t adequately represented — well, this body could change that at a drop of the hat,” he maintained.
Reid proposed that the proposal for expanded membership be tabled until the Rules Committee meeting in January, bringing back at that time a rotational schedule.
Ninth Ward Council member Juan Geracaris, meanwhile, added that he had a referral to the Referrals Committee, calling for more transparency in the referrals process.
He said his proposal grew out of a discussion with the city’s Equity & Empowerment Commission and that group’s concern that some times things come to the Council before the group is informed how far along the process it was.
His referral is to add an agenda item on a monthly basis to that group to give them transparency about “what we’re doing and also help them flag things that need an equity scorecard added to them.”

Reid had proposed that the proposal for expanded membership be tabled until the Rules Committee meeting in January, bringing back at that time a rotational schedule and possibly other changes to the system.
That motion failed. Rules Committee members, similarly, voted 8-2 on Council member Burns proposal to expand the members of the Referrals Committee, with Burns and Reid casting the dissenting votes.