Evanston City Council members took steps at a recent meeting to approve developers’ requests for properties that once housed businesses embedded in the city’s history.

At their March 14 meeting, council members considered zoning requests for the former sites of the Varsity Theatre, at 1706-10 Sherman Ave., one of the Chicagoland’s premier movie houses when it opened in Dec. 24, 1926; and the Burger King restaurant at 1732-34-40 Orrington Ave., which, less nobly, sneaked in as one of the city’s first franchise restaurants downtown.

In the ‘shell’ of the Varsity

The theater space remains behind the façade of the Sherman Avenue building and has been vacant since its closing in August of 1984.

Since that time, the ground floor of the four-story building has been home to a number of retail users, including the Gap clothing store, which closed just before the pandemic.

Steve Rogin, who acquired the property in 2004, and Chris Dillion, president of Campbell Coyle Real Estate, are proposing a use of the building that would feature ground-floor retail and 35 apartments above, built within the existing shell and structure of the theater itself.

Rogin and Dillion are requesting a major zoning variance to allow 18 parking spaces (two on-site and 16 off-site) instead of the 28 required under city code. 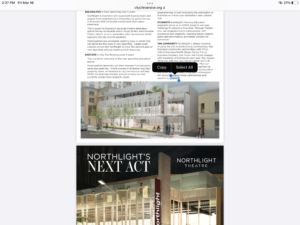 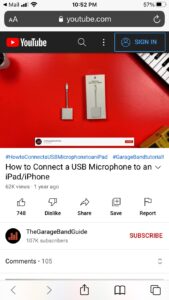 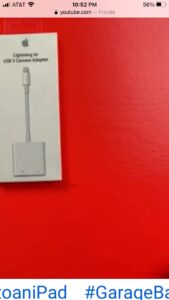 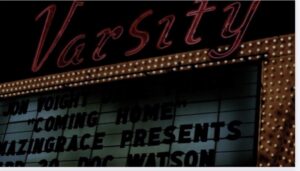 At the Feb. 23 Land Use Commission meeting, Rogin told Commissioners the approach to the project and the theater — which Landmarks Illinois in 2018 named one of the state’s most Endangered Historic Places — “is really driven on a couple of fronts — from an environmental standpoint, from a community standpoint, sentimental standpoint,” he said. “We’re really doing everything we can within the existing shell to preserve the structure [of the theater],” he said.
We’re hoping that by staying within the existing shell, the community perceives and understands the value that it is bringing forward, he said.

In seeking the parking variance, he said, “we’re also trying to show why it makes sense from a practical standpoint and from a functional standpoint.

“The drive to reduced car-use, live-work-play close to home has really shown some dramatic reductions in car use,” he told commissioners.

At the March 14 Planning and Development Committee meeting, members voted to support the zoning request and move it to the City Council.

Before the committee vote, Councilmember Clare Kelly, in whose 1st Ward the property is located, was asked her opinion of the project.

“I’m very excited that Mr. Rogin is here, that the plan is to maintain the structural integrity of the Varsity Theater, and then also to develop out the alley along the side of it,” she said.

She called the project “a huge boost to our downtown.”

The issue is expected to return to the full City Council for discussion and final action on March 28.

At the meeting, council members also voted to amend the city zoning map to rezone 1732-34-40 Orrington Avenue for a new, 10-story, mixed-use building at the site where Burger King operated for close to 44 years on the corner.
At that time, the developers petitioned the city under the name of the franchisee, Chart House, Inc., and indicated the intent to operate a sit-down, cafeteria- type restaurant at the site, a city official’s research revealed years later.

That was back in 1976, when city officials still frowned on the notion of a fast-food franchise in the downtown area.

For many years, the restaurant also stood as the lone 24-hour eatery downtown.

The present developers of the site, Trammell Crow Chicago Development, Inc., sought approval to build a 10-story, 149-foot, 6-inch mixed-use building on the site, with approximately 5,170 square feet of ground-floor retail as well as 123,050 square feet of office/laboratory space above.


Historically, he said, “those activities can be found in and around Cambridge, Mass., [and at] a number of large institutions such as Northwestern, but this is a 100% private development, No subsidy requested, and it’s a 100% non-affiliated project with Northwestern University,” he said.

He said Trammell Crow would be the first developer to deliver Class A Life Science space in and around Chicagoland.

“University of Chicago, Northwestern, all the Big 10 universities who are really spinning out companies and talent and ideas – where do they put it? They put it on the coast, because there’s no laboratory space here locally,” he said.

The corner that Burger King occupied for so many years “is a very unique site,” he said. “It’s an entry point to Evanston, and it’s right adjacent to the university, and we think it’s a prime corner for redevelopment.”

Council members voted unanimously for the zoning change as a part of their consent agenda.