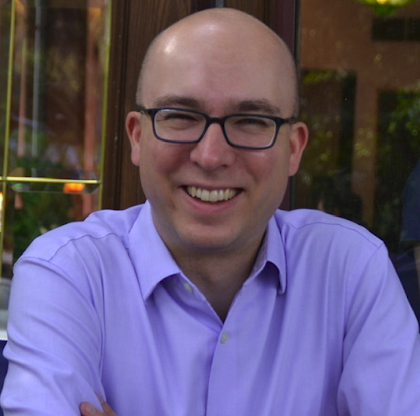 Ann Arbor Assistant City Administrator John Fournier told the city he won’t be taking Evanston’s City Manager job, after the sides failed to come to a final agreement on his employment contract, according to a city news release May 27.

And it appears that the city news release and Fournier’s letter to the City Council clash as to the reasons for his withdrawal.

Fournier is the second top candidate to withdraw from the manager job in less than four months, despite the fact the city has engaged firms to conduct nationwide searches. He had been one of two candidates announced by the City Council who went through community leader interviews and a town hall with Evanstonians.

Fournier, however, was the only candidate able to muster the seven Council votes for appointment.

Evanston City Council members voted 9-1 on Monday, May 23, to authorize the appointment.

Fournier, 38, attended the Council session with his wife, Chelsea Wentworth, clasping his hands in a sign of appreciation as council members completed their vote officially confirming  him as their choice.

But the city maintained in its release issued Friday, May 27, that Fournier “sought to reopen contract negotiations.”

The release reported that before Fournier’s appointment at the May 23 meeting, the job candidate had agreed to an offer made following a week of back and forth contract negotiations.

“At the meeting, Mr. Fournier made a statement expressing his excitement about the position and his enthusiasm about living in Evanston,” the city release stated.

“The next day, Mr. Fournier sought to reopen contract negotiations, requesting additional compensation. The City Council responded quickly with a further offer, which was later declined.”

However, in an email response to this reporter after the city release came out, Fournier said he sought no increase in salary, allowances or other benefits.

“Once the contract was approved Monday (May 23) it became clear that there were important differences in how some terms of the contract were to be effectuated and interpreted, specifically the portions related to relocation and housing assistance, that we were unable to resolve,” he said.

”Given the city’s position, I asked the Council to amend the contract to restructure (but not increase the dollar amount of) the housing and relocation assistance to allow for a reasonable amount of it to be available for relocation and down payment assistance and they were not able to reach agreement to do so in a meaningful way.

“As a result, I notified the City of Evanston this morning [May 27] that I would be withdrawing from the position. I asked for no increase in salary, allowances or other benefits.”

The contract and the history

The contract set out the details of his employment, including a base salary of  $245,000 and other benefits, including a relocation clause. The relocation clause called for the city to provide a loan secured by a mortgage and promissory note of $225,000 for the purchase of a home in Evanston to aid the Fourniers in the family’s relocation.

On Wednesday, May 25, after the Council’s confirmation vote, Council members called for an emergency executive session to discuss an apparent development regarding Fournier’s appointment.

This is the second time in four months that a candidate for city manager has walked away from an offer from Evanston’s City Council.

In late January, Daniel Ramos, a Baltimore administrator and the council’s then-top choice, informed officials he had accepted “a prestigious position with another community.”

Ramos’ notification came as council members were mulling  over preparing to notify him he was their choice for the job.

The city has been frustrated trying to find a permanent city manager since Wally Bobkiewicz left the post in 2019 after a nearly 10-year run in the job. Members of a former City Council had then named longtime city staffer and interim City Manager Erika Storlie to the top post in a controversial move in October 2020.

Storlie ended up resigning her $225,000 post in less than a year after the council  opened up an investigation into official handling of sexual misconduct allegations brought by female lifeguards against supervisory staff.

Yet, Storlie was later exonerated of any culpability in a 379-page report done by the law firm Salvatore, Prescott, Porter & Porter. It was clear, Storlie knew nothing of the serious allegations by the young women lifeguards because those in the personnel department did not “share the petition in 2020 with the City Manager or her deputies, the Law Department, or others above them in the City’s government,” the report read.

The city will continue to work with its recruitment firm, Stanton Chase, on the search process, officials said in the release.