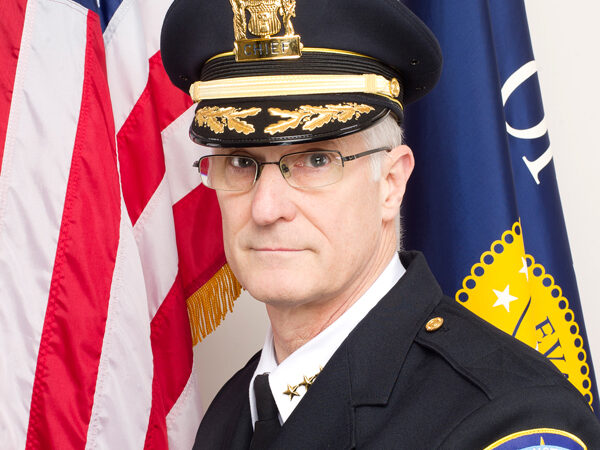 Eddington, who served as Evanston police chief from 2007 through 2018, has more than 44 years of law enforcement experience. He will fill the role of Interim Chief Aretha Barnes, who will retire from the Evanston Police Department on January 3, 2022.

“Chief Eddington is a proven leader with a deep understanding of the Evanston community and the Evanston Police Department,” said Interim City Manager Gandurski. “I appreciate him returning to Evanston to fill this critical position as the City undertakes to fill the role of a permanent police chief.”

During his time as Evanston police chief, Part One crimes – major offenses reported each year to the FBI, including murder, burglary and assault – decreased nearly 40 percent. Eddington also worked to strengthen Evanston’s police-community partnership, reinstituting foot patrol, providing de-escalation training for all officers, and implementing the department’s body-worn camera program. He also oversaw the inception of the Officer and Gentlemen Academy youth mentoring program and the reestablishment of the Evanston Police Department Explorers program, building relationships and rapport with Evanston youth.

Eddington began his career as a police officer for the Village of Roselle in 1974, rising to the rank of police chief in 1991. In 2001, he was hired as external chief of police for the Village of Mount Prospect to resolve a U.S. Department of Justice (DOJ) investigation of racial profiling. There, he instituted reforms that led to reaching a Memorandum of Understanding with the DOJ. After completing his service in Mount Prospect, Eddington was hired to become Evanston’s police chief in 2007. Since retiring from the Evanston Police Department at the end of 2018, Eddington has served as a vice president at GovHR, a public sector consulting firm.