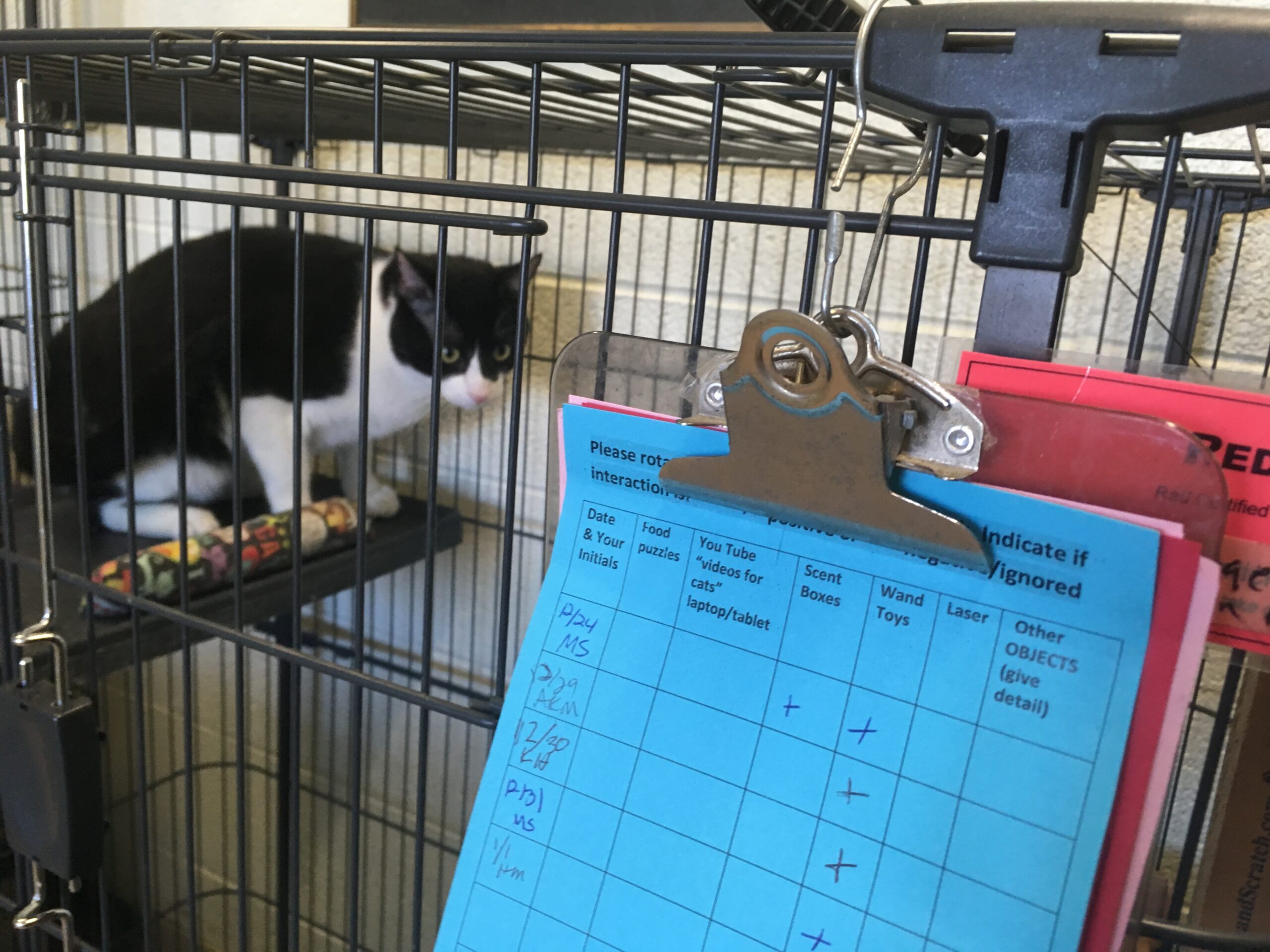 By Bob Seidenberg
A dedicated group of volunteers has worked for years under cramped conditions at the City’s Animal Shelter, but that might change under a grant that could bring a new facility.
City Engineer Lara Biggs informed members of the City Council’s Human Services Committee at their Feb. 3 meeting of the City’s interest in a grant opportunity that could eventually result in a new shelter. Officials are expected to provide additional details at the regular City Council tonight at the Lorraine H. Morton Civic Center, 2100 N. Ridge Ave.
The Cook County’s Animal and Rabies Control (CCARC) announced in November the $8 million program that covers the costs of planning and construction of animal shelter facilities in Cook County.
“The goal of the program is to expand the capacity of existing nonprofit and governmental animal shelters to address current overcrowding, while providing housing for animals impounded by the CCARC,” officials said in their release.
Ms. Biggs told Committee members that the City, as owner of the property, located at 2310 Oakton St., is partnering with the Evanston Animal Shelter Association, the volunteer group which runs the shelter on a day-today basis, on the application.
“Many of you may be aware that a couple of years ago we came to say the animal shelter is in really bad condition,” Ms. Biggs told the Committee.
“And staff was directed to go do research on what would be appropriate for an animal shelter,” she said.
“We have actually been wrapping that up just in time for this call for the grant,” she said, “so we’re pretty able to define what is necessary in terms of animal shelter facilities.”

The existing shelter is “deficient in a number of ways, some of which we knew about, which is that it’s just too small,” she said.
The shelter doesn’t have a medical examination room or any place for a veterinarian to come in and do any kind of valid medical exams,” she said. “It doesn’t have isolation rooms for sick animals. There are very few windows, so most of the animals are never exposed to natural light unless it happens to be a dog that goes out walking with a volunteer.
“We have one room for adoptions,” she said. As a result, when two people show up to adopt,
volunteers may have to press a bathroom into use as a second adoption area, she said.
“And these things could really only be fixed with a facility designed as an animal shelter,” she told aldermen.

On the grant, Cook County Commissioner Larry Suffredin, D-13th, has already written Dr. Thomas Wake, administrator of Cook County’s Animal and Rabies Control, expressing support for the City’s application, Ms. Biggs said.
“The Evanston Animal Shelter and Adoption Center provides compassionate and humane care to Evanston’s abandoned, abused and relinquished animals and was able to find them homes “ Commissioner Suffredin said in his letter, which was read into the record at the meeting by Ald. Judy Fiske, one of the shelter’s biggest advocates on the Council over the years.
“Between 2016 and 2019,” wrote Commissioner Suffredin, “the Evanston Animal Shelter has taken care of over 2,290 animals while posting a live release rate of 97%.”
“As the Cook County Commissioner for District 13,” he said, “I support the intent of the Evanston Animal Shelter obtaining grant money for the County’s animals.”
Shelter volunteers “are cautiously optimistic,” about the latest news, said Vicky Pasenko, the Evanston Animal Shelter Director.
“I think it’s a great opportunity for Evanston to be able to potentially get this grant money,” Ms. Pasenko said, “and it’s a great opportunity to do it without a huge expense to taxpayers.
“I’ve been here 14 years and we’ve raised money to upgrade the building for 14 years,” she said. “Its been a long-time discussion.”
Ald. Peter Braithwaite, 2nd Ward, chairing the Feb. 3 meeting, asked Ms. Biggs if any renderings had been done, showing the size of a building needed under the grant.
Ms. Biggs said, while not decided, the new building would probably be twice the size of the current one.
“We’ve looked at trying to save the the (current) animal shelter building and do an addition on it,” Ms. Biggs told the Committee. “It presents its own challenge.”
With its pitched roof and one story in height, the building probably doesn’t lend itself to saving, she said.
In announcing the County grant last fall, Cook County Board President Toni Preckwinkle, noted that “it is vital that we safeguard all animal residents of Cook County have a safe shelter in times of need. The Housing Cook County’s Animals grant program will ensure that animals are not turned away because of overcrowded shelters.”
Applications for the grant were to close Feb. 28.