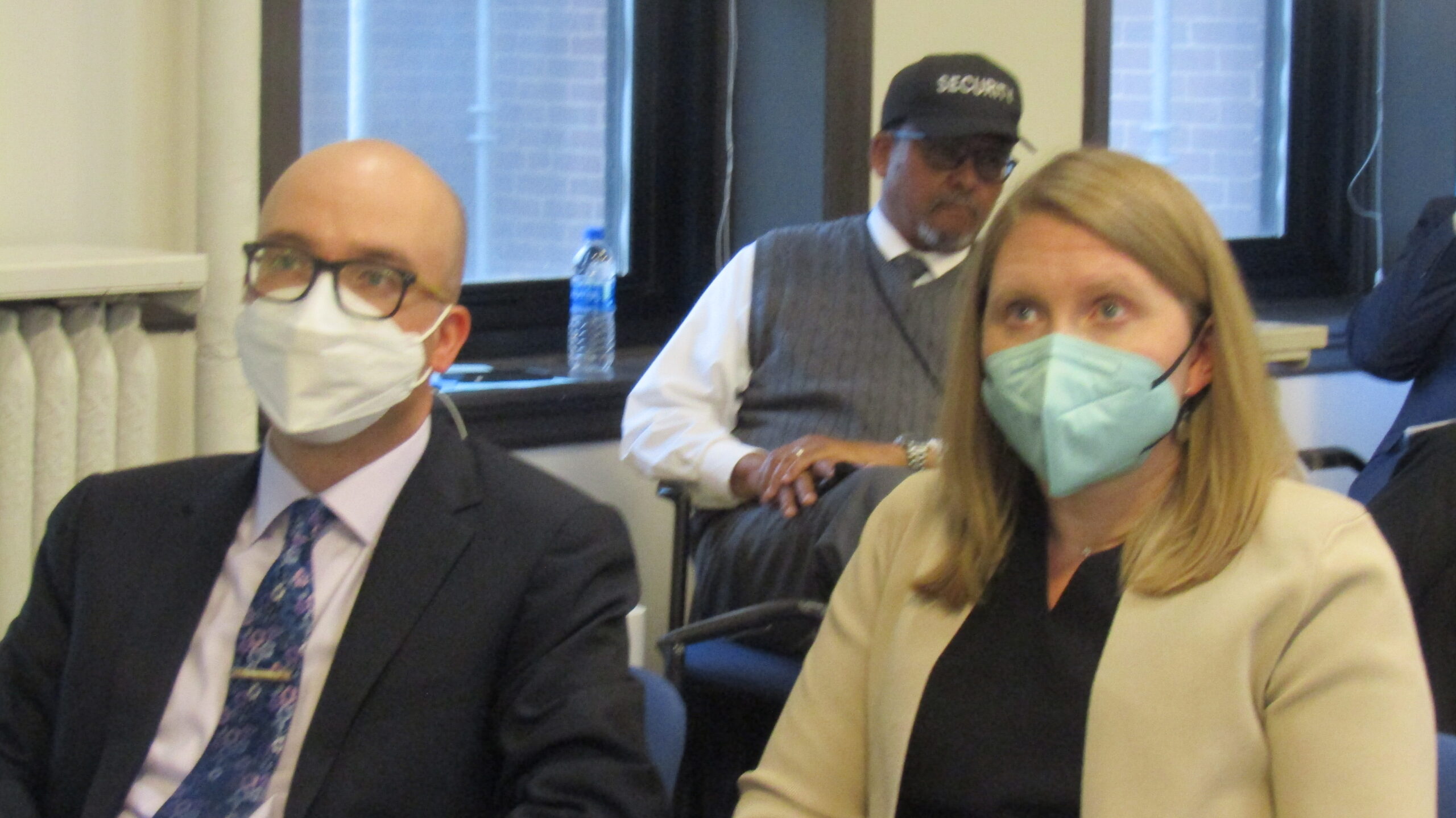 By Bob Seidenberg
Evanston City Council members approved the appointment of Ann Arbor assistant city administrator John Fournier as the city’s next city manager at their May 23 City Council meeting, in the third attempt to fill the city’s top job in less than three years.
Council members voted 9-1, meeting the seven vote minimum needed under Council rules to appoint a city manager.

“For me, in seeking a city manager,” said Council member Eleanor Revelle, 7th, “I was really looking for someone with the experience that demonstrated the ability to manage a city like Evanston with a $360 million budget, 800 employees. It’s really a complex organization and I was really looking for someone who had demonstrated hands on experience in that regard. Certainly, being assistant city manager in Ann Arbor obviously provided that kind of hands on experience with a large staff and so I think that’s going to be standing us in good stead.”

Council member Peter Braithwaite, 2nd, also spoke of the experience factor in Fournier’s favor.
“Throughout the process it was clear to me that John not only read through our budget but also has a deep understanding of how municipal budgets are supposed to be run. And I was also incredibly impressed by that. Within the budget, there are important nuances in terms of how we monitor our federal grants. He also has extensive experience with union and labor negotiations which I think is very critical to our operations.”
He said another plus is the experience Fournier has working with town-gown issues in Ann Arbor, where the University of Michigan is located.
“He has a great deal of experience in working with college towns and I think that that very it’s very vital.”

A number of local activist groups had lobbied for the selection of of Snapper Poche, who is Program Director for the Bloomberg Harvard City Leadership Initiative, giving him higher marks in his interviews at a virtual Town Hall meeting as well as with stakeholders and staff, on transparency and equity issues.
During the discussion at the meeting, Kelly, the lone Council member to vote against the appointment, as well as some Council members who voted in support of Fournier’s selection acknowledged they had concerns.

“I do feel that Mr. Forney has a solid understanding of municipalities,” Kelly said. “I share concerns that we’ve heard from much of our community. concerns around equity, and other concerns have been expressed not only this evening but throughout. I’m concerned that the background that we’ve all been able to see does not represent or will not lead us in the kind of change that the community would like to see.”

Under the employment agreement, the Council approved with Fournier, 38, he will receive a base salary of $248, prorated from his start date, which is to be no later than July 18.
The city is to assist in his relocation, providing a loan in the amount of $225,000 toward the purchase of a home in the city.
His selection came after a previous search ended in failure last year when the top candidate accepted a job elsewhere before employment negotiations could begin.
Council members stood and audience members applauded following the Council’s 9-1 vote.
An important moment
Mayor Daniel Biss, one of the nine votes in support, called the selection “a really important moment,’ and addressed concerns raised about public input — with some residents maintaining their concerns went unheard as the Council members went into executive session to discuss their choice.
“I fear there might be some cynicism out there,” the mayor said, “but I don’t think it’s revealing too much about our executive sessions to say we talk a lot about the input we got from the public. It really weighs heavily on our thinking about these issues.
He said staff’s input as well, very detailed and with careful evaluations was also seriously weighed.

“I think one of the indications that it was a successful search is that we had two really impressive finalists,” he said.
“The search got difficult,” he maintained, “because those two really impressive highly qualified people were really different. So it wasn’t a question of comparing to kind of very similar options — maybe, maybe on average, people liked them equally, almost, but their strengths were really really different.”
In Fournier’s case, “John, from literally the first minute that he walked in to interview in the first round was just very, very, very clearly knowledgeable and concise and organized in his mind. And I think that all of us up here have so much that we want to do — we have clarity about where we want to go but we always haven’t necessarily always been successful in shaping the organization to go that way. And I think ultimately that level of knowledge and clarity and experience and specificity about how to get from point A to point B was just something that this Council was simply not prepared to walk away from.”
The mayor invited Fournier, who had been sitting in the audience with his wife, Dr. Chelsea Wentworth, to say some words upon his selection.
“You know, I want to express my very, very sincere appreciation and gratitude for this appointment and I come to you humbly with a lot of hope and a lot of ambition to work with each of you to make sure that this City Council is successful,” Fournier said. He said he also looked forward to working with a tremendously talented staff.
“This is a democracy. This is a big D democracy,” he said. “It’s important for us to be engaged in voices of community and the work that happens in this city hall. “
He said he was looking forward to July 18, his start date, and “hitting the ground running and working with all of you and staff and the community to achieve your very ambitious goals.”