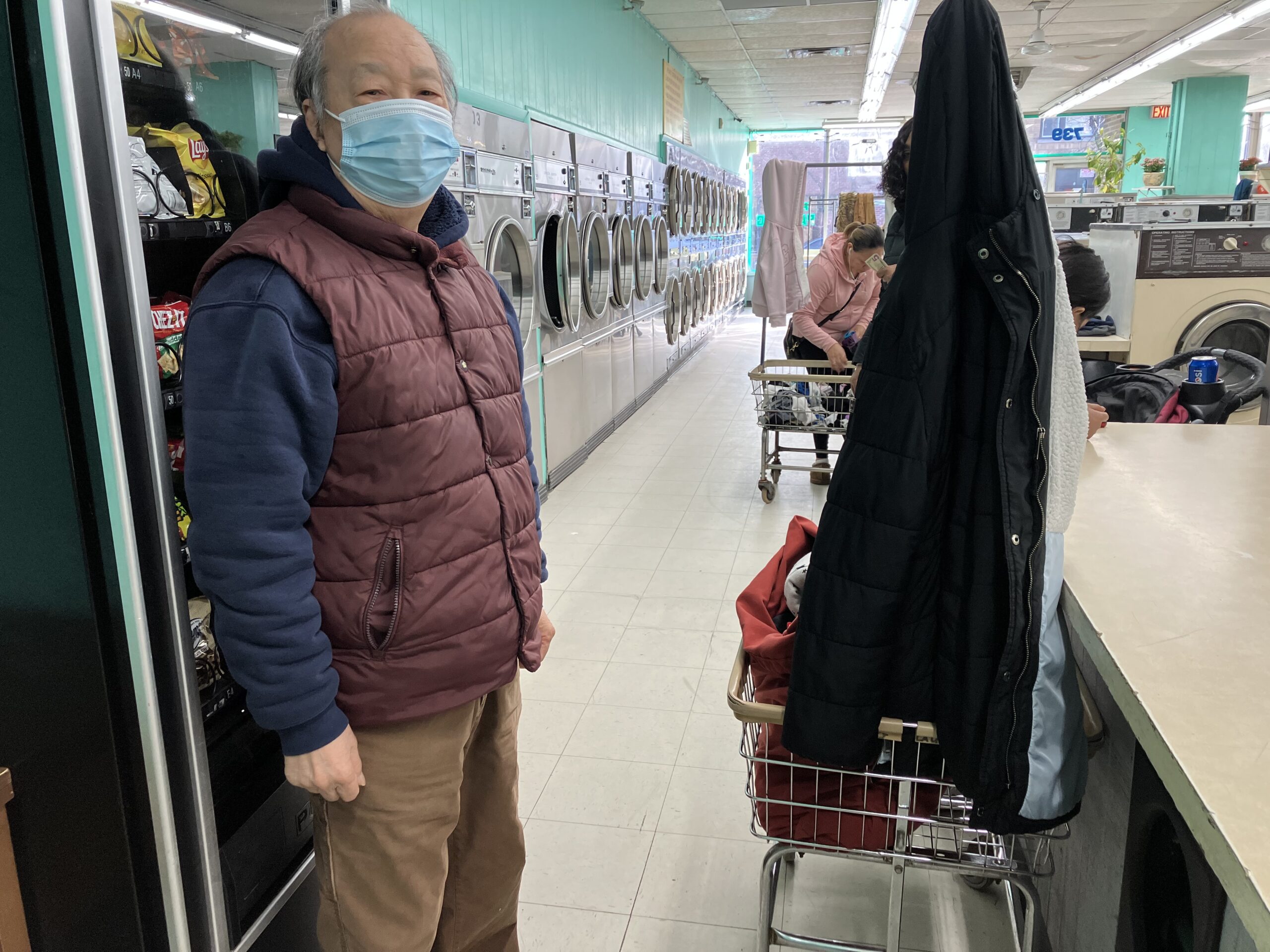 By Bob Seidenberg
Evanston will invest a good chunk of change – $950,000 worth – in a Howard Street laundromat – in a move designed to bring greater affordable housing to the area.
City Council members voted 8-1 in support of a proposal from Eighth Ward Council member Devon Reid, allocating the $950,000 in Tax Increment Financing funds for purchase of the laundry service operation at 729-739 Howard St.
Staff, acting on Reid’s request, approached the owners of the Clothes Pin Coin Laundry last year about the purchase. Upon acquisition, the city will seek redevelopment of the property to expand affordable housing opportunities, Paul Zalmezak, the city’s Economic Development manager, said in the memo.
The laundromat property will be assembled with the city-owned property at 727 Howard St., creating a 14,000 square-foot development site, Zalmezak said.
In discussion at the Jan. 9 City Council meeting, Council member Thomas Suffredin, 6th Ward, the lone Council member to vote against the purchase, asked staff about the rationale and justification of the purchase price.
Responding, Zalmezak noted that the land on which the business sits was recently appraised for $750,000.
“The business itself has a value,” he said. Although the city is not interested in the business itself, he told Council members, there was concern the business owners were in the market to sell the entire business to another laundromat.
A previous visit to Craigslist
“So in order for us to be in the mix on the acquisition,” he said, “we had to pay more than just the land value because otherwise they would have sold it to another one.”
Suffredin asked about the disposition of the equipment.
Zalmezak said the city has some experience in that regard, going on Craigslist in one case to sell equipment from a closed business on the same street.
Reid spoke about a similar deal the city had done to create “a very substantial development” on Howard Street. In talks with developers, he said, the city was told that their parcel at 727 Howard was not large enough in itself to create affordable housing “or really anything that would work in this market by itself.”
In meeting with the laundromat owners, Ms. Soon Rhim Yun and Mr. Jung Ho Yun, he said, the city was fortunate that they happened to be in the process of retirement and willing to sell the business at this point.”
So, “it’s really good circumstances they sold it to us” when they had the opportunity to sell it to us for that what we bought it for,” Reid said.
City now in the laundromat disposable business: Suffredin
Since this purchase drew on public Tax Increment Finance funds, Suffredin noted that Evanston taxpayers are now invested in a laundromat at the Aux (a laundry café at 2223 Washington St., in a development the city is helping finance), and a laundromat on Howard Street “that we’re going to put to sleep.”
He noted that the city, with the responsibility for disposing the equipment, is also “in the laundromat-disposable business, and as previous experience has shown, maybe that’s not the best way to go.”
On a recent mid-afternoon, more than a half dozen customers at the Clothes Pin were busy in different phases of laundering their clothes.
Jung Ho Yun, one of the owners, stood behind a wood counter at back end of the neatly-maintained store.
Ho Yun, originally from Korea, said he and his wife bought the business for $600,000 in 2005, after previously working on the Chicago side of Howard Street.
Now at age 77, he said when officials visited him in October and asked, “Do you want to sell?” he replied, “Okay,” setting the deal in motion.
“I’m too tired,” he explained.
Nadine Forrester, who works in the food services department at nearby Saint Francis Hospital, was among the customers doing laundry.
“How often you use the laundromat?’ she was asked.
“A lot – me and my mom, kids, my brother,” she said, naming other customers.
She has facilities where she lives. “But it’s easier to come to a laundromat, so you don’t have to go up and down” stairs, she said.
She used to use another nearby laundromat but made the switch to the Clothes Pin, she said, which she uses all the time.
She chit-chats frequently with Ho Yun’s wife, Rhim Yun, she said.
A clean, friendly, well-maintained laundromat versus affordable housing?
“Affordable housing, how affordable is it?” she asked.