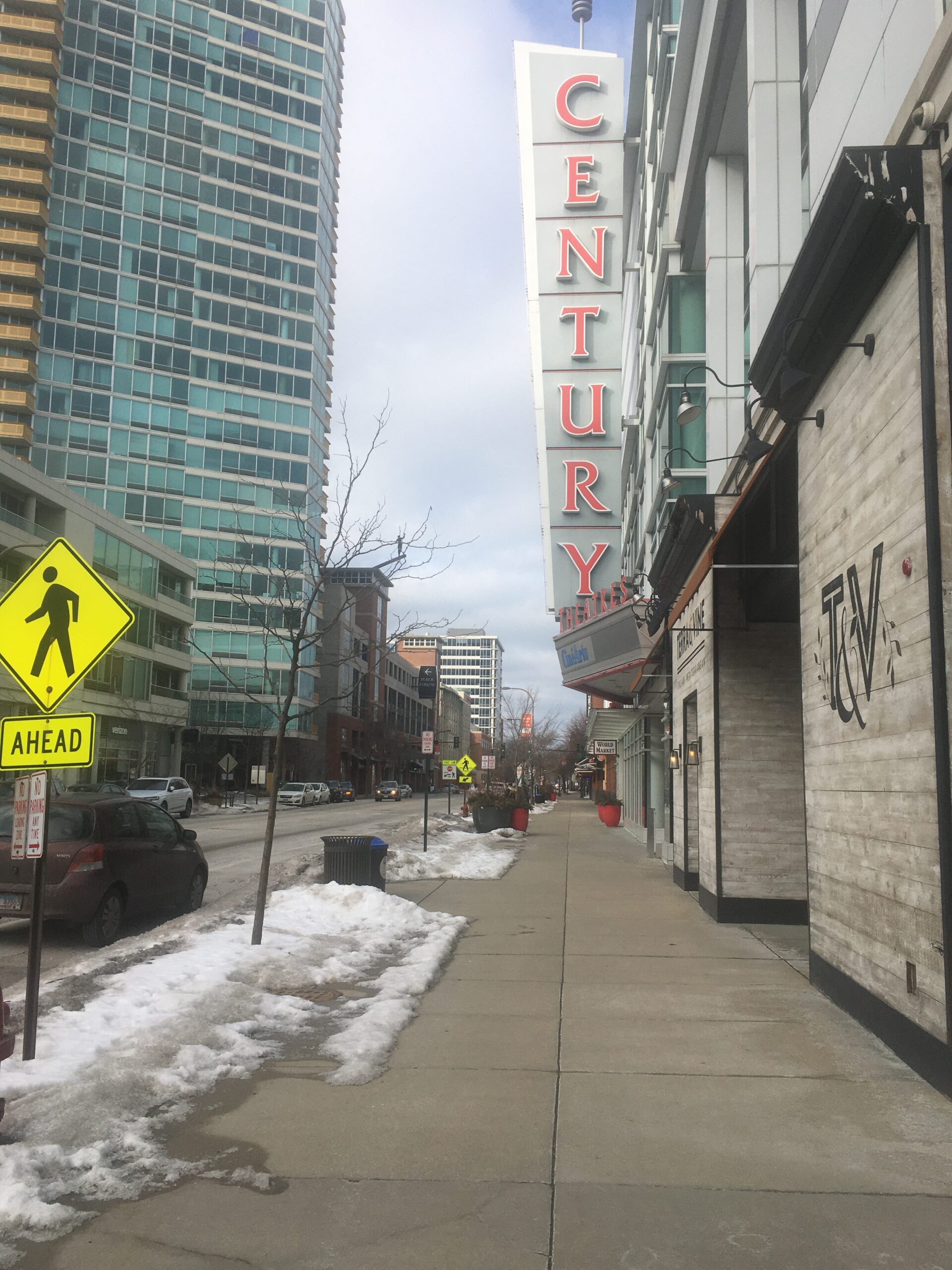 “We are excited to welcome AMC Theatres into this important project in the heart of Evanston,” said Mitch Goltz, the Principal and Co-Founder of GW Properties, in a statement, “and bring patrons back to the theaters who have eagerly been awaiting its return to the community.”

The Evanston theaters closed nearly two years ago, shortly after the pandemic began, after a nearly 20-year run in the downtown space.
The movie site is just one of the properties GW Properties has leased or is in the process of leasing since buying the 200,000 square-foot Church Street Plaza last November.
Goltz said his firm has also reached agreement with another company, Sky Zone, to operate one of its flagship trampoline and active entertainment parks in what used to be the south side of the theater, where Century had another six screens for showing independent or art-themed movies.

Adam Aron, Chairman and CEO of AMC, pointed to the strength of the Chicago metropolitan area in a release Feb. 15, announcing the company’s plans to reopen the theaters.

AMC Evanston 12 is the latest major market addition to the AMC circuit, the company said, joining six other theaters in the Los Angeles, San Diego, Washington D.C., all of which have already opened or expected to reopen in 2022.

“This constitutes our third announcement of a major market acquisition in the last two months, including the second acquisition announcement for a theatre in the Chicago metropolitan area, which remains a strong moviegoing market for AMC,” Aron said. “We look forward to bringing the AMC experience to even more guests in and around Chicagoland, at this previously high-traffic, well known location. We continue to seek out these strategic acquisition opportunities to strengthen our company. Our initial recent results encourage us to keep going, given that our mid-2021 acquisitions of AMC The Grove 14 and AMC Americana at Brand 18, both in the Los Angeles market, continue to rank among the 30 highest grossing movie theatres in the entire United States since joining up with AMC.”

Upon reopening, AMC Evanston 12 is to include many of AMC’s most popular amenities, the release said, including AMC Stubs, described as “a world class loyalty and subscription service that includes AMC Stubs A-List,” as well as a MacGuffins bar.