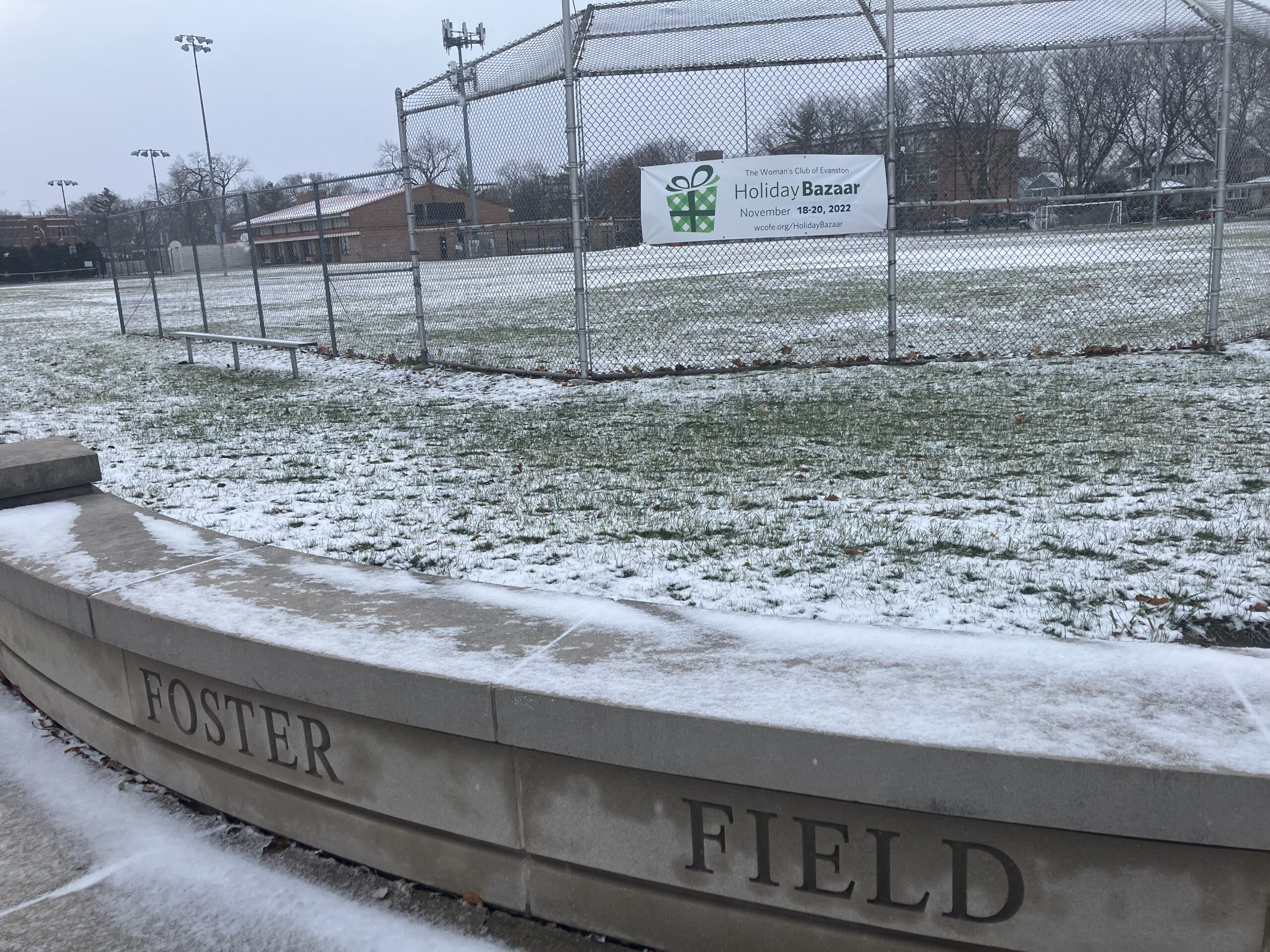 Add Evanston Public Library to the list of groups with an interest in the plans for a Fifth Ward school and possible changes to Fleetwood-Jourdain Community Center.

City of Evanston and School District 65 officials convened a community meeting at the Fleetwood-Jourdain Community Center on Dec. 6, presenting four concepts for the new school and its impact on Fleetwood-Jourdain and Foster Field.

As a follow-up, city officials posted an online survey for community members to say which option they preferred for developing what has been called the new Fifth Ward campus.

At the Dec. 13 Evanston Public Library Board meeting, Board President Tracy Fulce asked interim Library Executive Director Heather Norborg whether the library is part of the discussion about the new Fifth Ward Foster Campus concept.

Norborg said that while the library has not had discussions with the city about the issue, officials continue in conversation with officials at Family Focus, located adjacent to Fleetwood-Jourdain. The Weissbourd-Holmes Family Focus building at 2010 Dewey Ave. could house a library branch, officials said.

A Family Focus official told the Library Board earlier this year that a branch library in the building would be an “ideal fit” with the other social service organizations housed there.”

In March of this year, District 65’s school board approved a new Fifth Ward school, issuing lease certificates for funding for the project with an estimated cost of $40 million.

The district model took into account that once the school was built, it would be walkable for a lot of students, with the cost of money saved on busing going toward the project costs, Biggs said.

Biggs told council members that, while there was not a lot of discussion with the city up-front about the project, city staff, realizing that the school had been approved, reached out and started discussions with the district.

The two parties met on April 8, “and when we saw the plan,” Biggs told council members, “there were a lot of concerns that came up because it was built on Foster Field [the athletic field along Simpson Street], which is an important green space for the community, and integral to the programming we offer” at Fleetwood-Jourdain.

“We spent the summer going through a couple of options with the school district,” she said. “We decided that it would be most helpful we work together.”

On Aug. 8, the City Council approved a memorandum of understanding toward the possibility of constructing a joint facility on their properties that would accommodate “District 65 use, City of Evanston use, and shared use between District 65 and the City.”

The proposal also stated the city’s desire to enter into agreement with Cordogan Clark, the school’s architect, for initial planning and assessments of the city’s programming and budgetary requirements in the process.

Since then, the city has been working with the school district, as well as Family Focus, the third property owner in the area,  “to better understand what their [Family Focus’s] mission is,” Biggs said.

At the Dec. 6 community meeting, Biggs said, there were some options introduced for “what could be done with the site in order to make it more useful and helpful, make a better school, and make a better community center,” said.

To that end, the city issued the survey, asking community members for feedback on the four options under consideration for the Fifth Ward site.

In a video on the issue on the city’s website, Alex Lopez, associate vice president with Cordogan Clark, provided more detail about the four site plans:

— Concept 1 calls for a three-story K-8 school built directly on District 65 property. Bus and parent drop-offs would be made possible through curb cuts off Simpson and Ashland Avenue. There is no property transfer required for the concept. There would be shared use between the district and city of playground basketball, tennis and basketball courts, but the Foster Field green space would be significantly reduced. There would be minimal cost impact to the city, and Fleetwood-Jourdain would remain in operation throughout the project.

— In Concept 2, the new K-8 school would be four stories. Bus and parent drop-offs, again, would be at Simpson and at Ashland. A new Fleetwood-Jourdain Community Center would be built at the corner of Foster and Ashland. Foster Field green space would remain similar to what it is now and the existing Fleetwood-Jourdain could potentially remain in operation until the new community center is up and running. The cost to the city would depend on whether a roughly 18,000-square-foot district swimming pool is included.The price range under this concept is somewhere between $32 million and $34 million.

— In Concept 3, the K-8 school would be a four-story building. It would use a portion of what is now City of Evanston property. Bus and parent school drop-offs would be internal to the site, a major change. A new Fleetwood Jourdain Community Center would be built on the existing City of Evanston property. The size of Foster Field green space would be reduced to approximately 70% of its present size. The current Fleetwood-Jourdain building would need to be demolished under this concept before the new school is built. Cost impact to the City of Evanston for the new community center and demolition of the existing one is roughly $32 million to $34 million. The new center would be roughly 25,000 square feet in size and would include a pool of about 18,000 square feet.

— Concept 4 calls for splitting the site into different areas, with the community center moving a block south to Emerson Street. The Foster Park area between Family Focus and Fleetwood would then house the new K-8 school; bus and parent drop-offs would be internal to the site. The Fleetwood-Jourdain Community Center then would be rebuilt, and the Gilbert Park African Art installation relocated to a new play area. The Foster Field green space would remain similar to what it is now. In this scheme, the current Fleetwood-Jourdain would need to be demolished before the District 65 school would be built. Cost impact to the city is estimated at $48 million to $50 million, and would include a 25,000-square-foot community center and 18,000-square-foot pool.

Biggs told council members at their Dec. 12 meeting that staff plans to distill the results of the community survey, coming back Jan. 9 to the City Council with some recommendations on how to proceed with the project.

In the meantime, Biggs noted, District 65 is on a short time schedule, already paying debt service on the project.

District 65 has owned the property where it is looking at building for a very long time – since the early 1900s, Biggs said. In 1954, the city acquired property from the district to build Fleetwood-Jourdain, she said.

“And there’s not a lot of open space in Evanston where they really have an opportunity to just all of a sudden build a school,” Biggs said. “Since they own this property, it was a huge cost savings to them. And it is nice for them from the standpoint that it is in the center of the ward, so it’s a good location for school. The unfortunate thing is how much Fleetwood-Jourdain uses that property, the Foster Field property, for programming and to support our summer camps and after school programs.”

Council Member Bobby Burns, in whose 5th Ward the properties are located, maintained that though concern was expressed at the Dec. 6 meeting, it was not to the degree portrayed in the press.

“I think people were genuinely open to all the concepts,” he said. He said the challenge the city is faced with “is we’re trying to fit yet another really big building on a relatively small development site and still preserve as much green space in mature trees as possible – which is like a no-win situation. We have to give up something.”